The Aravani Art Project — with transgender people in public art installations across many Indian cities, is spreading its wings! 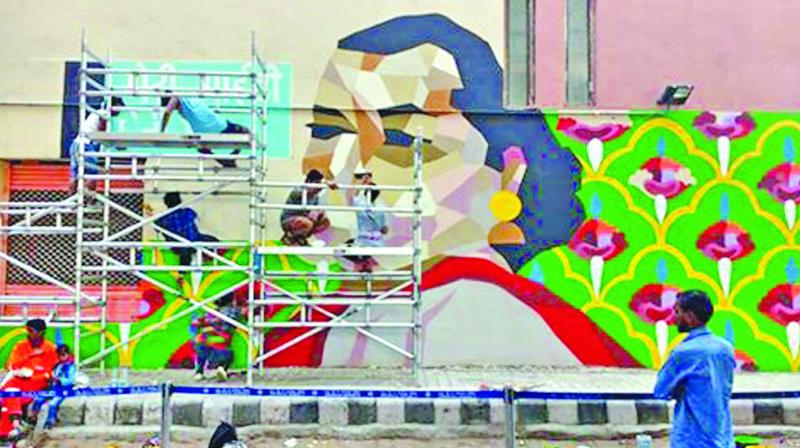 Wall art at the Vivek Vihar metro station in Jaipur

Motifs and abstract portraits of transgender people adorn the walls of many cities. The wall murals are not just pleasing to eyes, but also send out a message about transgender rights and equality, and spread awareness among the public about the community.

Poornima Sukumar, founder of the campaign, worked closely with the transgender community for a documentary three years ago. She wanted to prolong her association with them in a vibrant way, and the Aravani Art Project came into existence last year.

Talking about the project, Poornima says, “In every city we have worked at, at least ten people from the transgender community were involved. The project is not just about the art we create. We bring transgender people from different cities to participate, giving the team a chance to interact and learn from each other.” 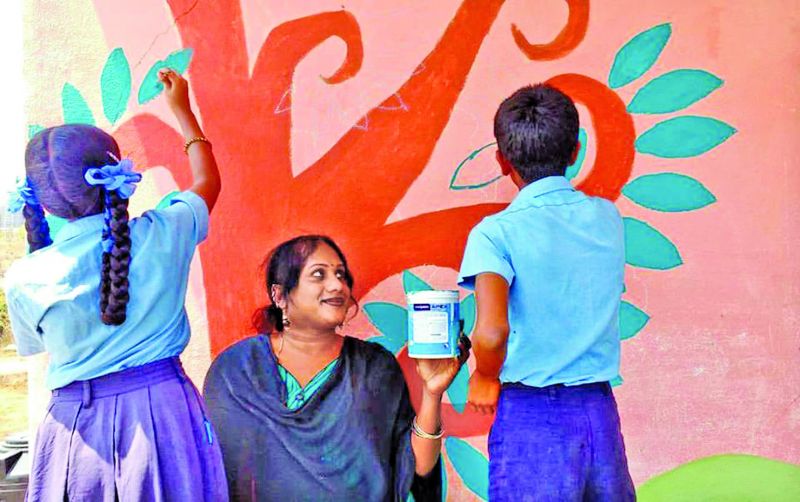 Shanthi during an art session with school kids

Shanthi Sonu, an RJ with RadioActiv, a community radio station in Bengaluru, who is also a part of the project, says, “I’m delighted to represent my community through this program. I was surprised to see this project on Facebook one day — nothing of this sort has been done in India before, and I immediately contacted Poornima to be a part of it.”

Although she had no prior experience with wall art, Shanthi says she gained confidence after being part of a wall painting project done by the group at a small village school. “I was skeptical about how my identity will be perceived by the children at the school. But, I was welcomed by all of them, who did not have even the slightest prejudice against me,” she shares.

The theme of the new wall art  is Manidham Malarattum (Let humanity bloom). Explaining it, Poornima says, “Usually, we would do camouflage art with the faces of a few transgender people, now we have transitioned to mostly portraits with a social message in the local vernacular.”

This wall art will also be a dedication to Tara, the transwoman who was found burnt outside a police station in Chennai, in November last year. 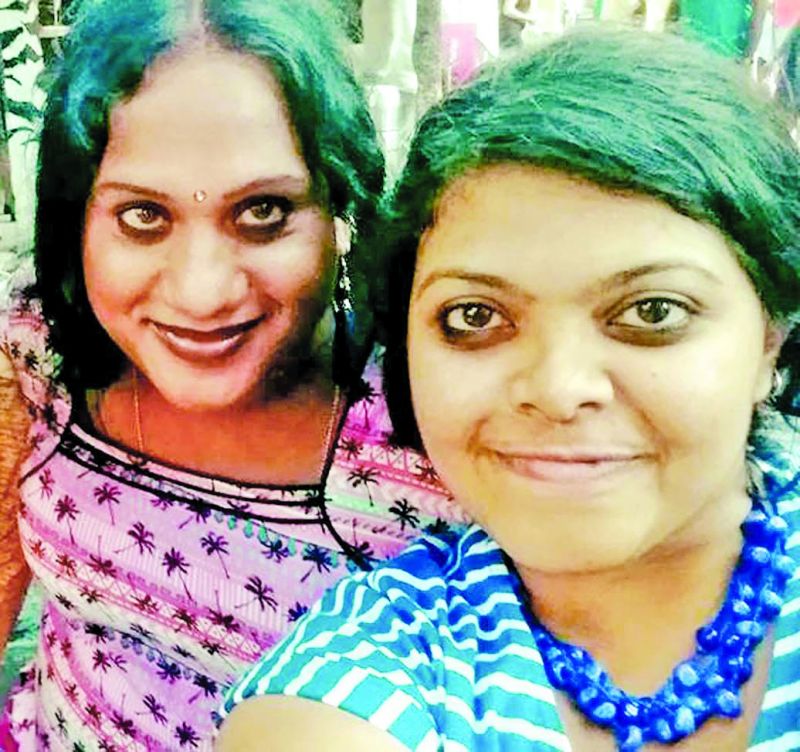 Talking about the response the initiative has received from transgender groups, Poornima says “The initiative has definitely given them a fresh perspective towards life and the society. The community does not have much trust towards the society. With many people willing to work with and for the transgender community, I think the project would give them more strength and belief.”

Shanthi adds, “This is something anyone can do — there’s no reason to stop more members from joining us.”