Woolf's unique literary style established her as one of modern feminism's most influential voices. 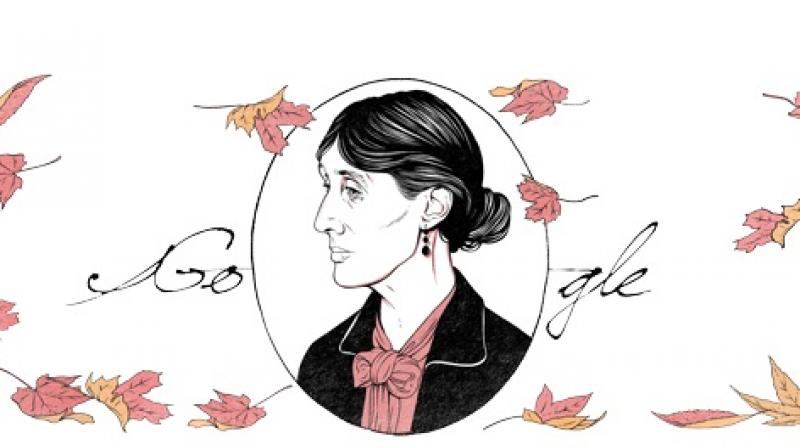 New Delhi: Google, with its doodle on Thursday, marked the 136th birth anniversary of English author Virgina Woolf, one of the foremost modernists of the twentieth century and a pioneer in the use of stream of consciousness as a narrative device.

"I see children running in the garden.The sound of the sea at night.

almost forty years of life, all built on that, permeated by that: so much I could never explain"- these childhood memories inspired the settings and themes of English author Virginia Woolf's powerful stream-of-consciousness narratives, write Google on its website.

Her unique literary style established Woolf as one of modern feminism's most influential voices.

Created by London-based illustrator Louise Pomeroy, Thursday's Doodle celebrates Woolf's minimalist style - her iconic profile surrounded by the falling autumn leaves, which has been a frequent visual theme in her work.

In Woolf's words, "The autumn trees gleam in the yellow moonlight, in the light of harvest moons, the light which mellows the energy of labor, and smooths the stubble, and brings the wave lapping blue to the shore."

Woolf's lyrical writing thrived on the introspection of her characters, revealing the complex emotions underlying seemingly mundane events - how the ringing of the Big Ben evokes the passage of time in 'Mrs. Dalloway' (1925) or a family's visit to the coast hides deep-seated tensions in 'To the Lighthouse' (1927).

Nonfiction works like 'A Room of One's Own' (1929) and 'Three Guineas' (1938) showcase Woolf's unflinching feminist perspective by documenting the gendered intellectual stratification and resulting male-dominated power dynamics of the period.