Conservative organization that led the charge on social media denied it was trying to censor art. 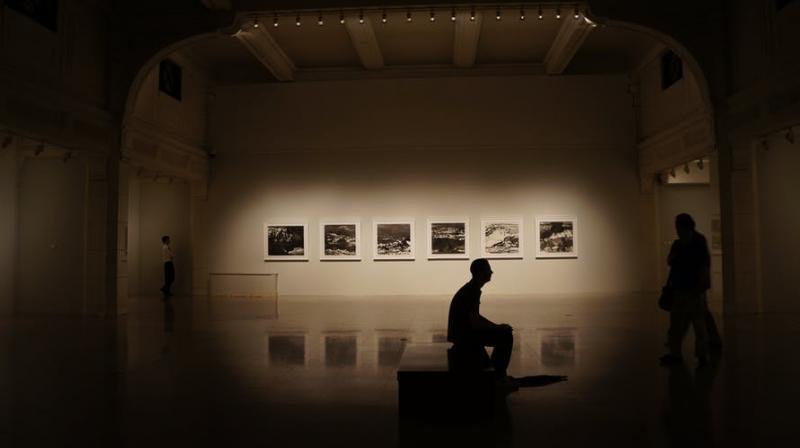 An art exhibition on gender diversity was cancelled in Brazil in response to a social media campaign by conservative groups that accused the show and the bank sponsoring it of promoting blasphemy, pedophilia and bestiality.

Among the criticized artworks are a box of Roman Catholic sacramental wafers labeled with the words for sexual parts and a painting of two children suggesting one is a transvestite and the other is gay.

Banco Santander said in a statement late Sunday that it was closing the Queermuseu, or "queer museum," which opened August 15 and was supposed to run until October 8 in the southern city of Porto Alegre, Brazil.

"We listened to the demonstrations and we understand that some of the pieces in the exhibit 'Queermuseu' disrespected symbols, beliefs and people, which is not in line with our worldview," Santander said.

Rio Grande do Sul state Congressman Marcel van Hattem, one of the leaders of the online campaign, said closing the exhibit was not enough. He and other critics argue that the exhibition was partly funded by tax breaks and want Santander to pay about $300,000 back to the public.

"No one on the bank's side could explain clearly what was the objective of a capitalist and private institution in promoting an extremely distasteful exhibit," Van Hattem said.
Supporters of the show said its cancellation is an affront to freedom of expression and called for a counter-protest Tuesday.

"If there are controversial pieces, let there be a section that cannot be reached by children," Alabarse told Radio Gaucha. "What is at stake here is freedom of expression. People don't want a dialogue anymore. They want to win arguments by shouting louder."

Movimento Brasil Livre (MBL), a conservative organization that led the charge on social media, denied it was trying to censor art. "Santander used public funds to finance an exhibition with pedophilia and bestiality. Brazilian society organized to repudiate that, and the bank, fearing losing clients, cancelled," MBL said in a post on Facebook. "That is a boycott that worked."

MBL is one of the groups that organized massive street protests in 2016 leading to the impeachment and ouster of President Dilma Rousseff for breaking fiscal laws.