More than a piece of furniture

Veteran “75-year-young” designer Manik Wandrekar wants her furniture models to be more than just a piece of wood in the drawing room. 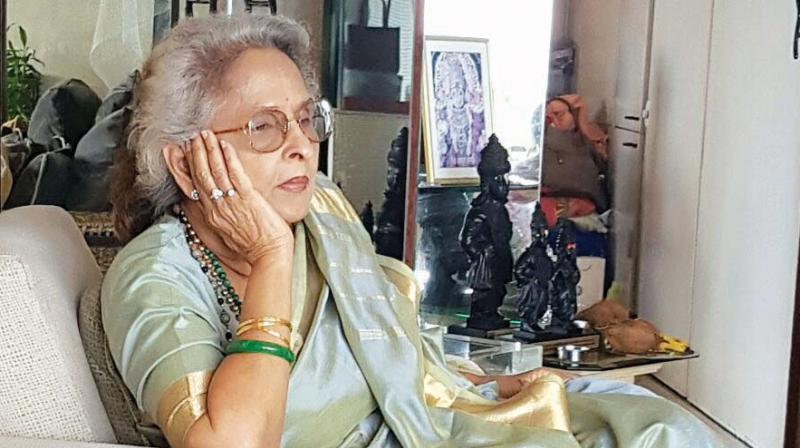 When it comes to emotions, furniture is not what one would try to relate it to. To challenge that idea, veteran designer Manik Wandrekar is trying to not only instil emotions into her furniture models, but also tell different stories through them. The 75-year-old furniture and interior designer is gearing up for her exhibition in the city.

“They call me 75-year-old, but I am 75-year-young”, says Manik in a half-serious tone. After her husband, the educationist S.H.Wandrekar passed away, she says, she had found herself at a loss. “If there was no work, I wouldn’t have been able to survive alone,” she says. She is considered to be one of the first designers to manufacture leather furniture in India. “Earlier, most of the leather furniture would come from Scandinavia, Germany or England,” she recollects.

Speaking of her interest in furniture she says, “It shouldn’t be just a two-seater or three-seater in someone’s room, I want furniture to have a certain character which would initiate conversation,” she remarks.

The show, which is dedicated to her late husband, has been in the works for almost a year. “Throughout my life I had been designing for others; creating to satisfy what others wanted me to make. Although at times I would get certain freedom, this is the first time that I could make anything that I wanted,” says and elated Manik.

A few years   ago, when a tree had to be cut to make way for 4G connectivity lines, the Wandrekar couple bought a piece of its trunk. “Everyone asked me what I would do with it. But I didn’t have a concrete answer back then. I felt really sad that the tree had to be cut and I wanted to keep it with me,” she says. After years, she has made the trunk a part of her exhibition and believes it to be her best work. “In a way, it is much like our lives, and how utilitarian we have become,” she points out.

Another important aspect that she wanted to touch upon during her exhibition was the way art is perceived. From her years of visiting various galleries in India and abroad, what Manik observed was that there was a certain distance that people maintained from art. “You are supposed to observe a painting from a distance for a good 10-20 minutes. I don’t like that distance. For me, one must touch the artwork, feel it and interact with the piece. And if the people can connect with it, I would consider myself successful. I also wanted to give the pieces three dimensions,” she adds.

Among the lot on display,  there are items of furniture designed in memory of her close friends. The closest to her heart is the one dedicated to her guru and husband, which she insists one must witness at the show. The other two are dedicated to Parmeshwar Godrej and Prafulla Dahanukar. The former is based on famous Pop Art by Andy Warhol and the latter is designed in memory of Prafulla, whom she considers as “one of the true modernists apart from Gaitonde”.  “These three are part of my personal collection and won’t be up for sale,” she concludes.