Among the prominent ones to take the oath were Anurag Thakur, Arvind Sawant and S Jaishankar. 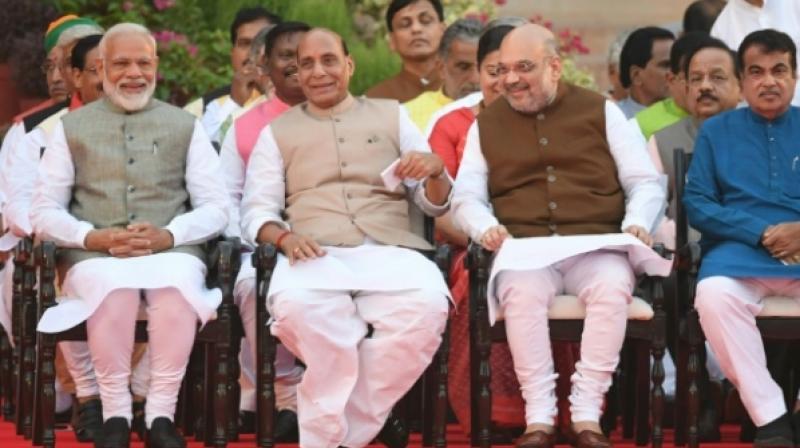 New Delhi: As Narendra Modi took oath as 15th Prime Minister of India along with his new Cabinet in the forecourt of Rashtrapati Bhavan, as many as 20 members who took the oath are first-time ministers.

Among the prominent ones to take the oath were Anurag Thakur, Shiv Sena's Arvind Sawant and S Jaishankar, who served as Foreign Secretary in the first Modi ministry.

President Ram Nath Kovind administered the oath of office and secrecy to Modi and ministers at the function which was attended by heads of government and representatives from BIMSTEC countries, besides Prime Minister of Mauritius and President of Kyrgyzstan.

Several overseas friends of the party from 15 countries, including the US, Australia, Germany, and the UK, were also invited.

With this, Modi became the first Prime Minister outside of Congress to win two consecutive terms with a full majority since 1971.