It is learnt that some leaders and activists too are unhappy with its vice president’s assertions. 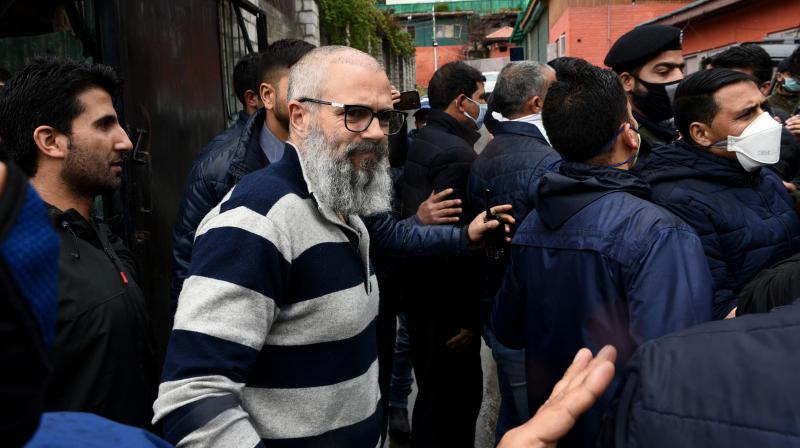 SRINAGAR: It seems fissures have appeared in the National Conference (NC) after its vice president and former chief minister, Omar Abdullah, said that he would not contest Assembly elections until and unless Jammu and Kashmir’s statehood is restored.

Popular Shia leader and former minister, Agha Syed Ruhullah, on Tuesday after resigning as the chief spokesperson of J&K’s oldest mainstream party said that the restoration of J&K’s statehood should be the last demand. “What New Delhi did on August 5 last year is beyond statehood. So instead of asking for the restoration of statehood we should seek the return of all that was snatched from us arbitrarily with a bigger agenda in view than splitting it up into two Union Territories,” he said. He reiterated that the NC’s demand should be restoration of J&K’s special status which it enjoyed under Articles 370 and 35 A of the Constitution.

Earlier in a tweet, Mehdi said, “I have sent across my resignation from the post of Chief Spokesperson of @JKNC_ . From here on none of my statements should be considered as such.”

It is learnt that some other leaders and activists of the NC too are unhappy with its vice president’s assertions made in a recent article appearing in a national newspaper. Abdullah had categorically ruled out launching an agitation over restoration of Articles 370 and 35A and said that the party would fight for it politically and legally instead. His critics outside the party accused him of being ‘in the wings’ to contest elections in the backdrop of reports that suggest the Centre is willing to restore J&K’s statehood and may set the  process in motion for the same soon.

Late Tuesday, when asked by a local editor Fahad Shah on Twitter if he will fight elections after J-K’s statehood is restored but no change is made to the other August 5, 2019 decisions, Abdullah said, “I may not, but the party will chart its own course when all the leaders are set free and given a chance to talk. I’ve made it clear that these are ONLY my thoughts. I am not speaking for the party. The party and its leaders will formulate our policy, not me as an individual”.