The development comes a day after an angry mob ransacked the Dy commissioner's office and damaged official vehicles during a protest rally. 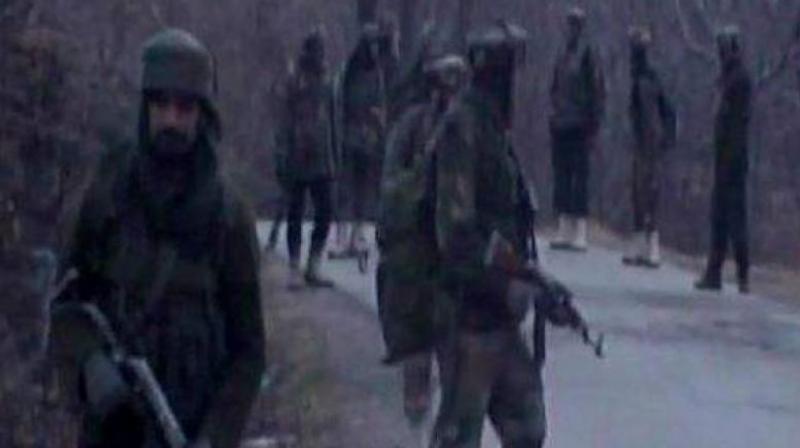 'Militancy is going on for the last many years in the state and the militants are getting killed but what we are facing here is militancy from the administration,' Sunil Kumar Sharma alleged. (Photo: File I Representational)

Jammu: A BJP leader and former minister led members of a local religious group Sunday to offer voluntary arrest in Kishtwar to protest recent killings, including that of an RSS leader and his security guard, in the district, officials said.

The development comes a day after an angry mob ransacked the deputy commissioner's office and damaged official vehicles during a protest rally in the communally sensitive town, they said.

BJP leader Sunil Kumar Sharma along with over half-a-dozen office bearers of Sanatan Dharam Sabha (SDS), a local religious group, staged a demonstration and raised slogans against Governor Satya Pal Malik and the district administration before walking inside the Kishtwar police station for offering voluntary arrest, the officials said.

They said senior civil and police officials had reached the police station. A mob Saturday ransacked a government building housing the office of deputy commissioner, damaged several official vehicles and set ablaze an effigy of Jammu and Kashmir Governor Malik during a protest rally, sponsored by SDS, against the recent killings of four people.

RSS leader Chandrakant Sharma and his security guard were killed by a militant inside the district hospital on April 9, while state secretary of BJP, Anil Parihar, and his brother Ajeet Parihar were killed in the town on November 1 last year.

"We have decided to present ourselves for voluntary arrest to protest the crackdown and harassment of our youth after the minor incident which was the result of anger over the failure of the administration to arrest the culprits behind the gruesome killings and take necessary steps to restore confidence of the people," the former BJP legislator told reporters.

Sunil Kumar Sharma, who also participated in the rally taken out from Char Chinar to the deputy commissioner's office, warned the administration of "serious consequences" if it "continues with the harassment of the SDS members and youths on the pretext of investigation".

"Militancy is going on for the last many years in the state and the militants are getting killed but what we are facing here is militancy from the administration," he alleged.

SDS president Hans Raj Batyal said the outfit will continue its agitation in a peaceful manner to press for the arrest of the culprits involved in the selective killings.

"Eighteen days have passed since the murder of RSS leader but no one from the governor administration visited the community. We have made several demands such as setting up of police pickets and fencing of the hospital," he said, alleging that no action was taken so far.

Deputy Commissioner, Kishtwar, Angrez Singh Rana said an FIR was lodged in connection with the damage caused to the public property and appropriate action will be taken against those found involved in it.

"The law will take its own course... the district administration is doing whatever necessary to maintain law and order," he said.