The meeting comes close on the heels of Mayawati accusing Congress of trying to finish her party and not making efforts to take on the BJP. 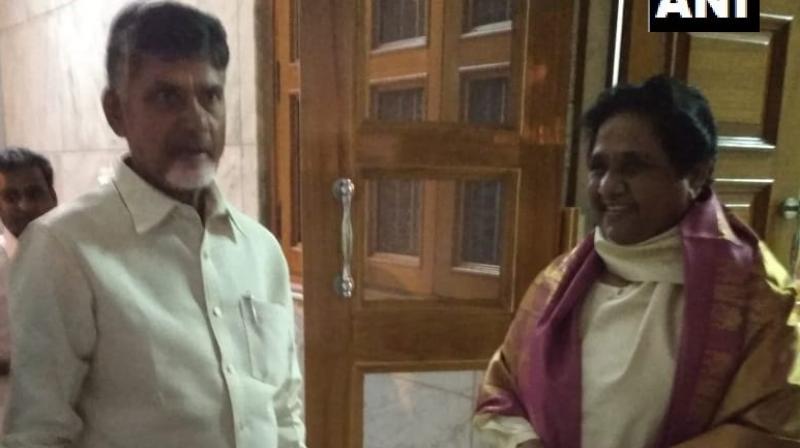 It was not immediately known about what transpired in the nearly hour-long meeting, but it comes close on the heels of Mayawati accusing the Congress of trying to finish her party and not making efforts to take on the BJP.

Mayawati's stand against the Congress ahead of the assembly polls in Rajasthan, Madhya Pradesh and Chhattisgarh is being seen as a setback to form an opposition alliance against the BJP.

The Telugu Desam Party (TDP) was part of the NDA till March this year. It pulled out of the ruling coalition at the Centre alleging the government's refusal to grant special category status to Andhra Pradesh.