India   Politics  25 Aug 2019  Heavens would not have fallen if we were allowed to meet people: Cong leader Anand Sharma
India, Politics

Heavens would not have fallen if we were allowed to meet people: Cong leader Anand Sharma

A delegation of Opposition leaders had gone to Srinagar on Saturday to see the ground situation in the region. 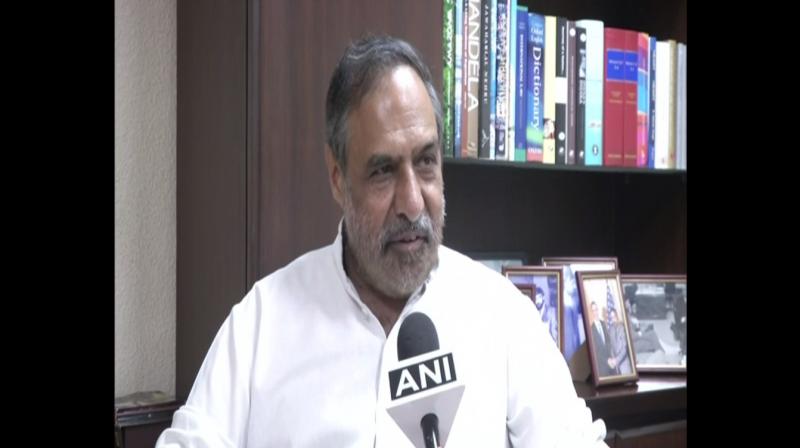 ‘Everybody knew the government in Delhi knew, the Home Ministry knew, so what was the problem?’ Anand Sharma said. (Photo: ANI)

New Delhi: A day after a delegation of the Opposition leaders was sent back to Delhi from Srinagar Airport, Congress leader Anand Sharma on Sunday criticised the Jammu and Kashmir Governor Satya Pal Malik and said that "heavens would not have fallen" if they would have been allowed to meet the people and former Chief Ministers.

A delegation of Opposition leaders had gone to Srinagar on Saturday to see the ground situation in the region. However, they were not allowed to step out of Srinagar airport and were sent back an hour after landing in the city.

Malik on Saturday slammed the Opposition delegation, including Rahul Gandhi, over their visit to the region, which he said was "nothing but a political action".

Talking about this, Anand Sharma told ANI in New Delhi, "There is no question of politicising. Did the Governor invite Rahul Gandhi for tourism purposes or only to meet the Governor? When there is a situation which warrants attention in a democracy, then political leaders have a right to go. The Governor was informed that other leaders will be accompanying. Everybody knew the government in Delhi knew, the Home Ministry knew, so what was the problem? Heavens would not have fallen if we were allowed to go and meet the people and meet the detained former Chief Ministers.

He added, "It is our democratic right which has been violated yesterday. What was read out to us was not fair. We had not gone there to organise a protest or to mobilize people as was said. We live in a democracy, we are a free country. As elected representatives of the people and senior political leaders of our parties, how can the Governor and the government say that we don't have a right to move freely in our country? Is there anything they can attribute to us? What is happening and what has happened is most unfortunate. It does not help India's image as a strong democracy where the Constitution is fully respected."

Union Home Minister Amit Shah had on Saturday said the Centre has fulfilled the dreams of the country's first Home Minister Sardar Vallabhbhai Patel by integrating Jammu and Kashmir with the Indian Union.

When asked about this, Anand Sharma said, "Everything that they do, they bring in Sardar Patel, whereas it was Sardar Patel who was totally opposed their ideology, their parent organisations and had taken firm actions against them..."

"After the state (Jammu and Kashmir) joined the Union of India through the instrument of accession. All negotiations or details which were essential to be discussed and agreed upon were handled by Sardar Vallabhbhai Patel, N. Gopalaswami Ayyangar and the then Home Secretary VP Menon. It's a matter of record, they cannot be changed. Nobody should try to misrepresent and mislead the people of India," he added.

Sharma said that the "letter finally which went from Jawaharlal Nehru, that draft was cleared by Sardar Vallabhbhai Patel."

"The governments don't function like this. It was collective government decision and the constituent Assembly was chaired by Dr Rajendra Prasad, who was chairing the drafting committee of the Constitution. So, which history are they presenting to the country? There can only be one version of history which is so well documented," he said.

Talking about former Finance Minister Arun Jaitley, who passed away on Sunday after a prolonged illness, Sharma said, "It's a big loss. Arun Jaitley was a tall leader, very articulate. He was a very effective lawyer, knowledgeable person, articulate Parliamentarian. Whether as Leader of Opposition or as a Cabinet Minister, he made a very important and notable contribution. There were times when we had disagreements, sharp exchanges of views in debates, but at the same time he had the ability to reach out.

He added, "He was a consensus builder, so his relations across the party lines helped the government. Even the Modi-led BJP government benefitted from Arun Jaitley being the Finance Minister and Leader of House in Rajya Sabha. Many important constitutional amendments went through because of him, especially the GST."