In the floor test in Karnataka Assembly today, 117 lawmakers voted in favour of H D Kumaraswamy. 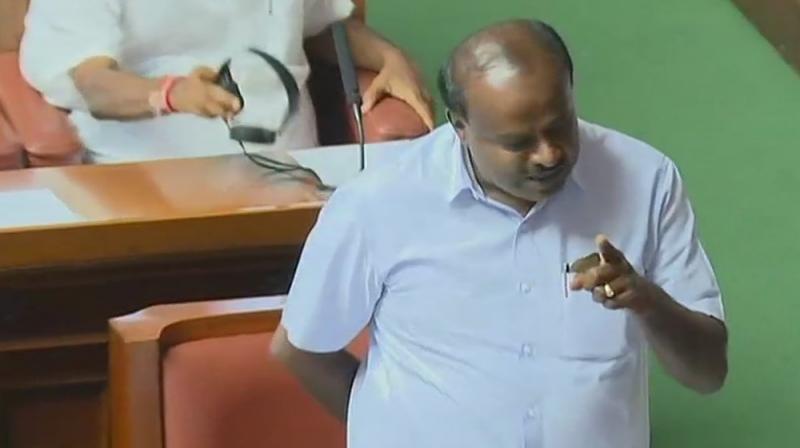 117 lawmakers have voted in Kumaraswamy's favour.

Earlier, Karnataka Chief Minister H D Kumaraswamy moved the motion of confidence in the state assembly and exuded the confidence of sailing through, barring any unforeseeable events.

Ahead of the trust vote on Friday, Ramesh Kumar of the Congress was unanimously selected as the Speaker to oversee the vote of confidence after senior BJP leader Suresh Kumar withdrew his nomination.

The BJP on Thursday had fielded its senior leader S Suresh Kumar against the Congress for the post of the Speaker.

However, BJP's B S Yeddyurappa said, "We withdrew (nomination of BJP candidate) as we wanted the election to be unanimous in order to maintain the dignity of the Speaker's post."

Speaking in the House after moving the motion of confidence, Kumarasamy said, “Neither the Janata Dal Secular nor any other party got majority.”

“I am hurt that people didn't choose me. I became the Chief Minister because of coalition, not happy about the position,” he added.

BJP legislature B S Yeddyurappa has been recognised as the leader of the opposition in Karnataka Assembly.

Newly-elected Speaker K R Ramesh Kumar made the announcement shortly after his election as the presiding officer of the House.

Govind Karjol would be the deputy opposition leader, Kumar said.