The DGP further said, 'There was no collateral damage during the entire operation as the inputs were very specific.' 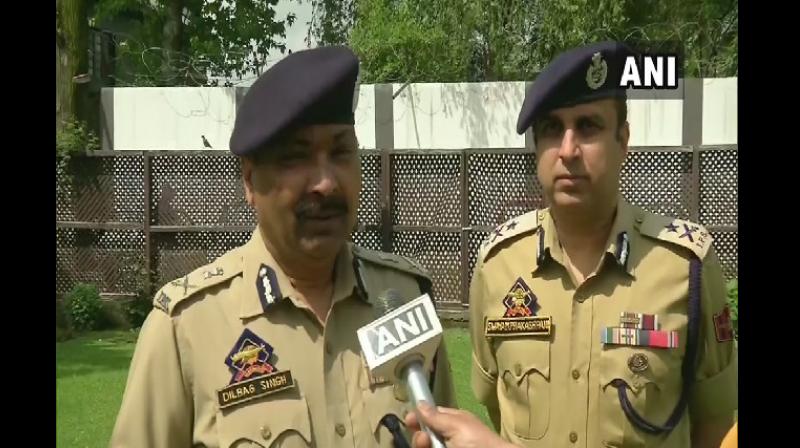 Two Hizbul Mujahideen terrorists have been killed by police during an encounter in Bagender Mohalla of Bijbehara in South Kashmir's Anantnag district on Thursday. (Photo: ANI)

Anantnag: Two Hizbul Mujahideen terrorists have been killed by police during an encounter in Bagender Mohalla of Bijbehara in South Kashmir's Anantnag district on Thursday.

Talking to ANI here, Jammu and Kashmir DGP, Dilbag Singh said, "Based on inputs, the search operation began during late night and the encounter with terrorists took place early in the morning on Thursday."

Singh said, "The two terrorists killed have been identified as Safder Amin Bhat and Burhan Ahmad Ganie. Bhat was 25-years-old and belonged to Zirpara Bijbehara. He was a class ninth pass... The other terrorist Ganie was 12th pass and belonged to Kulgam. He was now settled in Anantnag and was undergoing physiotherapy in Srinagar."

"Both the terrorists belonged to Hizbul Mujahideen. One was active since 2017 the other one in June 2018," he added.

The DGP further said, "There was no collateral damage at all during the entire operation as the inputs were very specific. There was very minor stone pelting at the spot."

"Arms including a Kalashnikov rifle and ammunition besides incriminating material were found from the encounter site. The dead bodies have been handed over to their legal heirs for last rites" he added.