'No question of mediation,' says Rajnath Singh on Kashmir issue

This comes after Congress demanded PM Modi's clarification on a stunning claim by Donald Trump that he had asked for mediation. 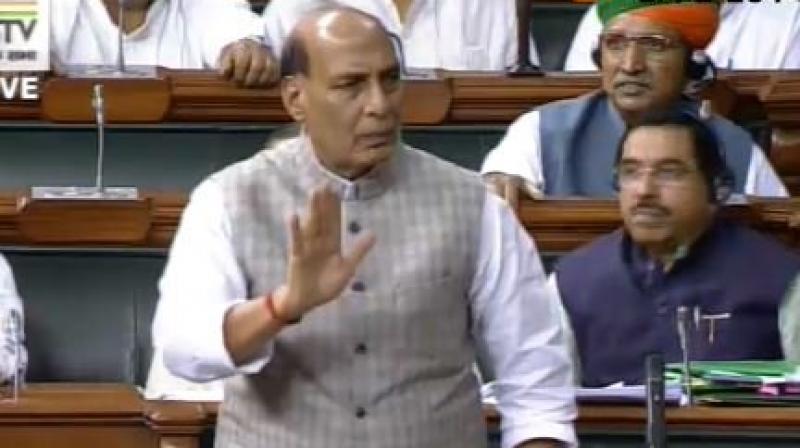 New Delhi: Defence Minister Rajnath Singh on Wednesday denied the claims of PM Modi’s discussion about mediation for Kashmir with the US President Donald Trump.

“As External Affairs Minister S Jaishankar said Kashmir issue was not discussed in President Trump and PM Modi meeting. There is no question of mediation in Kashmir issue as it will be against the Shimla agreement,” Rajnath Singh made a statement in Lok Sabha.

However, Congress MPs walked out from Lok Sabha as Defence Minister Rajnath Singh rose to make the statement on Kashmir mediation issue.

Rajnath's comments came after the Opposition led by Congress demanded Prime Minister Narendra Modi's clarification on a stunning claim by US President Donald Trump that he had asked for mediation.

On Monday, Trump claimed that Prime Minister Modi had asked him to play the role of a mediator on Kashmir.