However, he also admitted that India has moved upwards in 'Ease of Doing Business'. 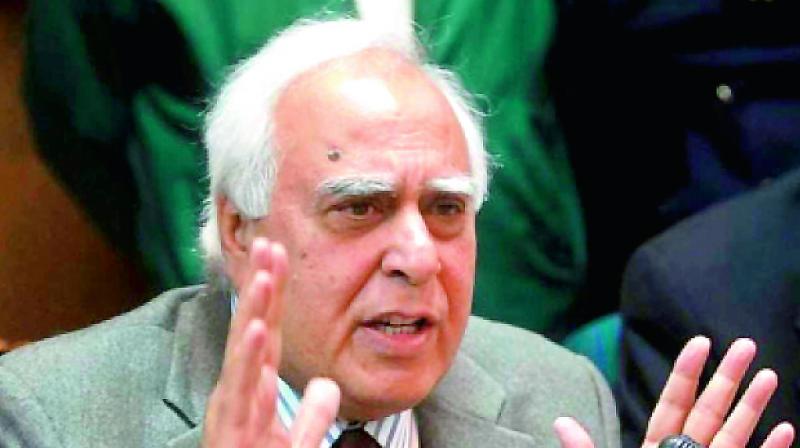 New Delhi: In a clear reference to the separation of Bangladesh from Pakistan, Senior Congress leader Kapil Sibal on Saturday said that his party had also taken action against the neighbouring country.

"Modi doesn't remember when Pakistan was separated and who was responsible for it. Article 370 was an internal matter of India but we separated their integral part. Why don't you tell the people of Haryana that Congress had separated Pakistan?" Sibal said at a press conference here.

The Congress leader also slammed the Central government over the economic slowdown.

"Why do you make fun of the poor? Our economy is in such a condition that people don't have food. Doctors and postgraduates are looking for jobs as peons," Sibal said.

Citing data from international forums like World Bank and International Monetary Fund, Sibal accused Union Ministers of refusing to believe that there is an economic slowdown in the country.

"Piyush Goyal says there is no economic crisis. He says Abhijit Banerjee has left-leaning views. I want to ask them, are IMF, World Bank, Fitch Ratings, UN Conference on trade development also left-leaning?" he asked.

Sibal also cited Senior BJP leader Subramanian Swamy's comments and said: "Swamy had said that the economy is headed for a serious crisis. Does he also have left-leaning views?"

He also mentioned the country's tumbling ranks in several international comparative indices including hunger index and world happiness index. However, he also admitted that India has moved upwards in 'Ease of Doing Business'.

"You (Modi) remember Article 370 but not Article 47, which dictates the duty of the government to raise the level of nutrition for the welfare of the public," he said.

He also touched upon the 311 people being deported from Mexico and the PMC Bank crisis saying Prime Minister Narendra Modi has not talked about any of these issues.