This is the first time that the Prime Minister Narendra Modi-led government will face such a motion. 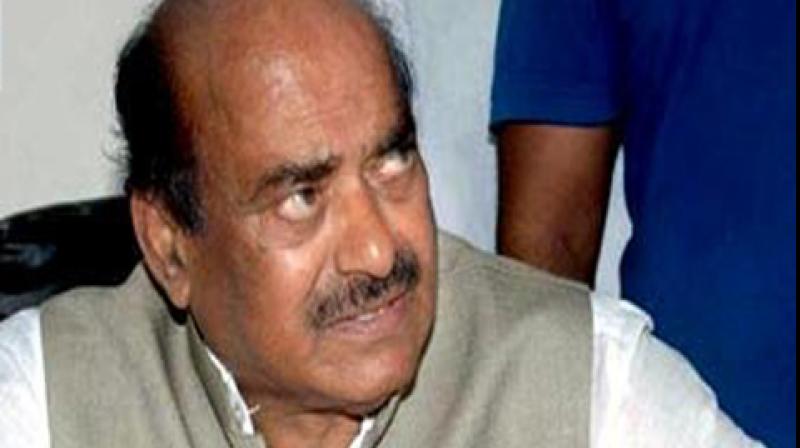 Reddy is a Member of Parliament from Andhra Pradesh's Anantapur constituency. (Photo: ANI)

New Delhi: A day after Lok Sabha Speaker Sumitra Mahajan accepted Telugu Desam Party's (TDP) no-confidence motion against the Narendra Modi Government, MP JC Diwakar Reddy has decided not to attend the session as he is "fed up" of his party and the Centre.

"I am not going to attend the Parliament session. You can say that I violated the party whip instructions. I am fed up with Centre and our TDP government. And I am fed up with whole political system. Right now I am in my native place in Anantapur and will come in front of the media with my logics within a week," Reddy told ANI.

This is the first time that the Prime Minister Narendra Modi-led government will face such a motion.

Reddy is a Member of Parliament from Andhra Pradesh's Anantapur constituency.

The Monsoon Session of the Parliament kick-started on Wednesday amid high political drama.

While giving a nod to the No-Confidence Motion, Speaker Sumitra Mahajan said that the discussion will be followed by voting on Friday.

"The House will take up the debate (on the motion) on Friday, July 20th. The discussion will be held for the full day, followed by voting on it," Mahajan said.

Senior Congress leader Mallikarjun Kharge on Tuesday announced that all opposition parties have come to a consensus to move the Vote of No Confidence Motion in the Monsoon Session.

Before that, on Sunday TDP President and Andhra Pradesh Chief Minister Naidu wrote letters to non-BJP, non-Congress parties' presidents and Parliamentary party leaders seeking support on a no-confidence motion against the Centre over demand for special category status to Andhra Pradesh.

Thereafter, the TDP made six-subgroups of the party leaders, who met and handover Chandrababu Naidu's letter and a booklet explaining the injustice done to the state and seek the support of various parties.