North Korea has assured India that as a friendly country, DPRK will never allow any action that would create concerns for India’s security. 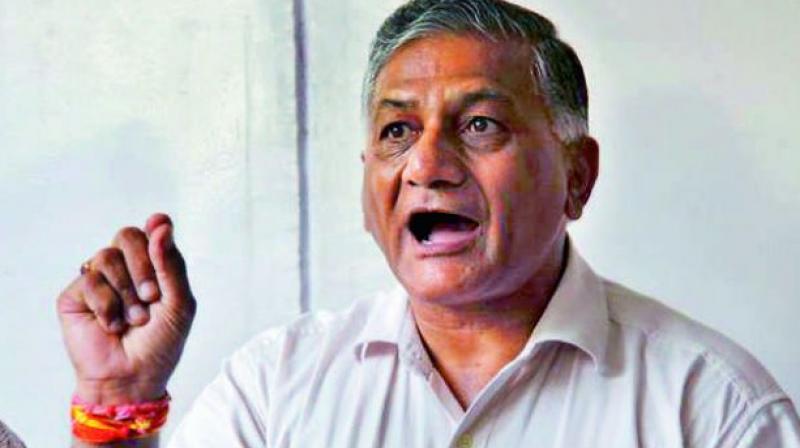 New Delhi: In view of the rapprochement between North and South Korea and the stage being set for a summit between the United States and North Korea, India has resumed ministerial-level visits from its side to North Korea after nearly 20 years. Minister of state (MoS) for external affairs V.K. Singh already began a crucial two-day visit to North Korea on Tuesday.

The ministry of external affairs (MEA) said in a statement, “The MoS highlighted the threat from nuclear proliferation, in particular India’s concerns in the context of the proliferation linkages with India’s neighbourhood.”

The veiled reference seemed to allude to media reports for the past more than two decades of alleged clandestine nuclear and missile technology links between North Korea and Pakistan. But in a major move, North Korea has assured India that “as a friendly country, DPRK (North Korea) will never allow any action that would create concerns for India’s security.” The North Koreans also briefed Mr Singh on the recent developments in the Korean peninsula, including the peace talks between the two Koreas.

It may be recalled that  in October last year, India had made it clear that it would not shut its embassy in North Korea. India had said then that its trade with North Korea was in any case “minimal”. The last high-level contact between the two countries was three years ago in April 2015 when the North Korean foreign minister had visited New Delhi and held discussions with the Indian government.

In a statement on Wednesday, the MEA said, “At the invitation of the Government of Democratic People’s Republic of Korea (DPRK), minister of state for external affairs V.K. Singh is on an official visit to DPRK from May 15 to 16. This is the first ministerial-level visit from India to DPRK after almost 20 years. During the visit, the MoS held discussions with Mr Kim Yong Dae, vice-president of the Presidium of the Supreme People’s Assembly, Mr Ri Yong Ho, foreign minister, Mr Pak Chun Nam, minister of culture and Mr Choe Hui Chol, vice foreign minister of DPRK on a range of issues covering political, regional, economic, educational and cultural cooperation between the two countries.”

The MEA added, “The DPRK side provided an overview of some of the recent developments in the Korean peninsula. The MoS reiterated India’s support to the joint peace initiative of DPRK and Republic of Korea (ROK) leadership, encouraging both sides for their efforts towards establishing peace and prosperity on the Korean peninsula.

In what could indicate more trade and interaction now between the two countries, the MEA said, “The two sides decided to explore possibilities of cooperation in the areas of mutual interest, including vocational education, agriculture, pharmaceuticals, promotion of yoga and traditional medicines. Both sides agreed to strengthen people to people contacts through educational and cultural exchange, to mark 45 years of establishment of diplomatic relations between the two countries.”