BJP targets Congress, Gupkar Alliance over their stance on Article 370

The BJP described the Gupkar Alliance as "unholy" 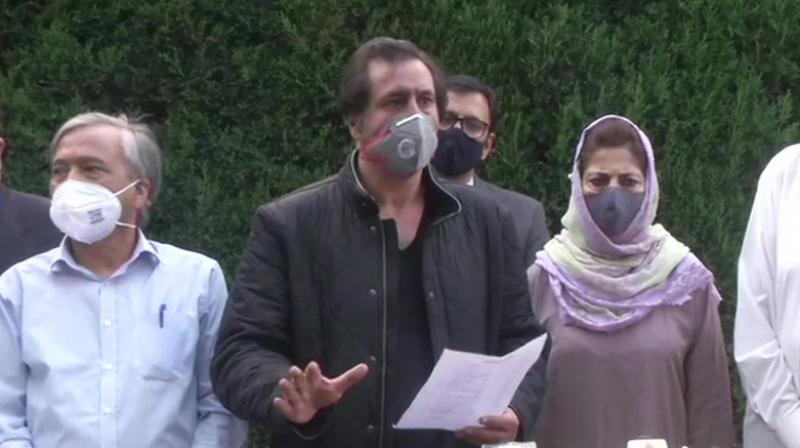 New Delhi: The BJP on Monday hit out at its rival parties in Jammu and Kashmir, saying their stand on a number of issues, including the demand to restore Article 370, is the same as that of countries like Pakistan.

While targeting the Congress over its tie-up with the National Conference and the Peoples Democratic Party, BJP spokesperson Sambit Patra also had a go at its leader Rahul Gandhi over comments of the likes of former US president Barack Obama to RJD leader Shivanand Tiwari and Congress' Kapil Sibal.

When Obama got to know him (Rahul) in four-five days, then it is obvious that those who interact with him almost daily would also have realised what he is, Patra told reporters.

Congress leaders were praising him while carrying a burden of "100 tonnes of stone" on their chest, and now they feel suffocated, he said.

"The BJP had been saying so for long. Now a friend of Congress like Shivanand Tiwari is saying that he is a non-performing picnicking president," Patra said.

Tiwari had on Sunday questioned the campaign run by the Congress and also had taken a swipe at Gandhi for not spending much time electioneering in the state.

Sibal is part of a group of leaders in the Congress who have demanded an overhaul of the party's organisation.

Targeting the tie-up of the Jammu and Kashmir parties, known as 'Gupkar Alliance', the BJP spokesperson described it as "unholy", saying that it is aimed at opposing the implementation of laws duly passed by Indian Parliament.

"This Gupkar Alliance wants exactly what Pakistan and anti-India countries want.  Pakistan has gone to every forum and spoken against the removal of Article 370. The Gupkar Alliance says the same thing," Patra said.

The BJP would like to ask Congress president Sonia Gandhi and Rahul Gandhi if they stand by the comments made by leaders in the Gupkar Alliance, he said, noting that NC president Farooq Abdullah had spoken about China's support for Article 370, while PDP's Mehbooba Mufti had said that she would not raise the Indian flag if Kashmiri flag is not restored.

He said these parties are nervous as the local polls in the union territory are aimed at taking development to the grassroots.