Mobile internet services suspended in most parts of Kashmir

Services have been barred in 4 districts of south Kashmir, Srinagar, Bandipora, Sopore in Baramulla, Handwara in Kupwara. 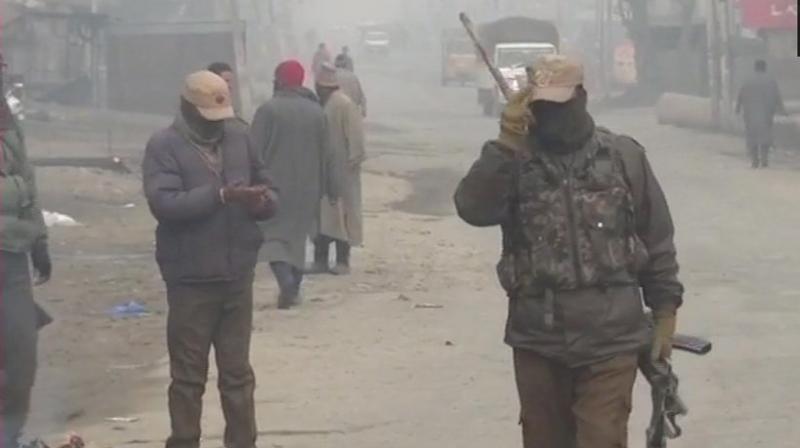 Mobile internet services were suspended after civilians were killed when security forces allegedly opened fire at an unruly crowd that tried to storm the site of an encounter in Srinoo village. (Photo: ANI | Twitter)

Srinagar: Mobile internet services were suspended on Saturday in most parts of Kashmir, including Srinagar -- the summer capital, in the aftermath of killing of seven civilians in Pulwama district, officials said.

The civilians were killed when security forces allegedly opened fire at an unruly crowd that tried to storm the site of an encounter in Srinoo village.

Three militants and a soldier were also killed in the encounter.

High-speed mobile internet services have been suspended in most parts of the Valley as a precautionary measure, the officials said.

They said the services have been barred in four districts of south Kashmir, Srinagar, Bandipora and Sopore towns in Baramulla and Handwara in Kupwara district. The internet speeds have been throttled in Budgam and Ganderbal districts, they added.

The mobile internet services are working normally in the rest of the areas in Baramulla and Kupwara districts, the officials said.

Police said though the encounter ended in 25 minutes with the killing of the three militants, including an Army deserter - Zahoor Ahmed Thoker, the security forces had a tough time as people started climbing onto Army vehicles, the officials said.

They said warning shots were fired but that did not deter the mob, forcing the security forces to open fire at the civilians. Dozens of civilians were also injured in the firing, including a youth whose condition was stated to be critical.