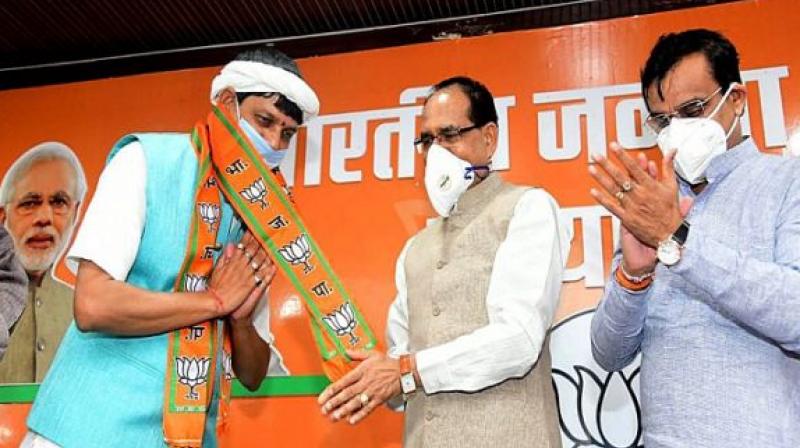 Bhopal: In a fresh jolt to the beleaguered Congress in Madhya Pradesh, a party MLA from Bundelkhand, Pradyumna Singh Lodhi, on Sunday resigned from the Assembly and joined the ruling BJP. This comes soon after the resignation of 22 Congress MLAs from the Assembly in March, leading to the fall of the 15-month-old Kamal Nath government.

Mr Lodhi was inducted into the BJP by chief minister Shivraj Singh Chouhan and state party chief V.D. Sharma. He quit the membership of the MP Assembly before joining the BJP.

“I have accepted his resignation”, pro-tem Speaker Ramesh Sharma said.

Earlier in the morning, Mr Lodhi visited senior BJP leader and former Union minister Uma Bharti at her residence here before proceeding to the state BJP office to join the saffron party. Mr Lodhi said he decided to join the BJP to ensure the development of the backward Bundelkhand region, particularly his Assembly constituency of Malhar. He said the CM had approved a Rs 450-crore irrigation project for his area.

The development has dealt a severe jolt to the Congress ahead of the coming byelections to 24 Assembly constituencies in the state.