The Rajya Sabha election of Mr Patel witnessed a nail-biting midnight drama in which the results were declared way past midnight. 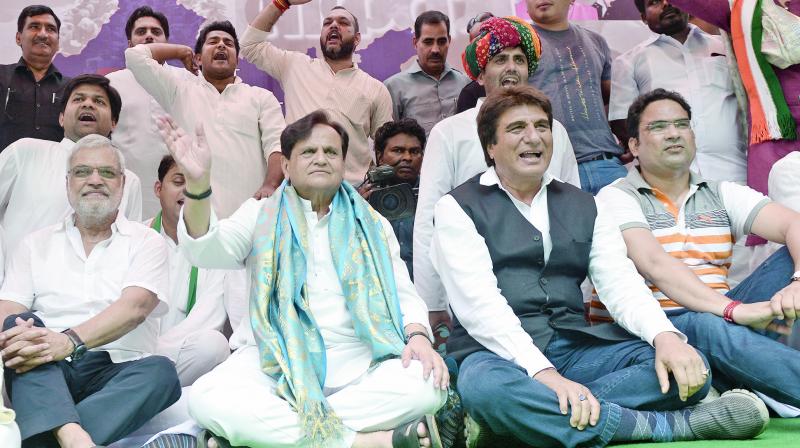 New Delhi: Back after winning the hotly-contested Rajya Sabha election in Gujarat, the media-shy political secretary to Congress president, Ahmed Patel, on Wednesday said that it was the BJP that had made his Rajya Sabha election a ‘prestige issue’. Speaking to reporters in Parliament, Mr Patel said, “I am a very small man, I don’t why the BJP made the election a prestige issue. Well, it is their loss.”

The Rajya Sabha election of Mr Patel witnessed a nail-biting midnight drama in which the results were declared way past midnight. Congress cadres celebrated the victory both in Delhi and in Gujarat. Mr Patel said that the victory has enthused the party cadres in the poll-bound state of Gujarat. The assembly elections are scheduled to be held in Gujarat in December this year. Mr Patel said, “I am sure we will also win Gujarat.” The Congress has been out of power in Gujarat since 1995. Launching a scathing attack on Prime Minister Narendra Modi and BJP national president Amit Shah, the senior Congress leader accused them of “misusing” central agencies to further the cause of their party. “Even the BJP is afraid of these two people. One is a constitutional authority and another is an extra-constitutional authority. You know who these two people are. All agencies are being misused,” Mr Patel alleged, without naming the BJP leaders. In the run up to the Rajya Sabha elections, six Congress MLAs had left the party out of which three have already joined the BJP.

The Congress alleged that its MLAs in Gujarat were being threatened and coerced by the BJP to leave the Congress. It further added that the BJP was using the state machinery for “narrow political purposes.”