‘Entire country is anguished at the way BJP government at national level and Governor at state level are conducting themselves,’ Azad said. 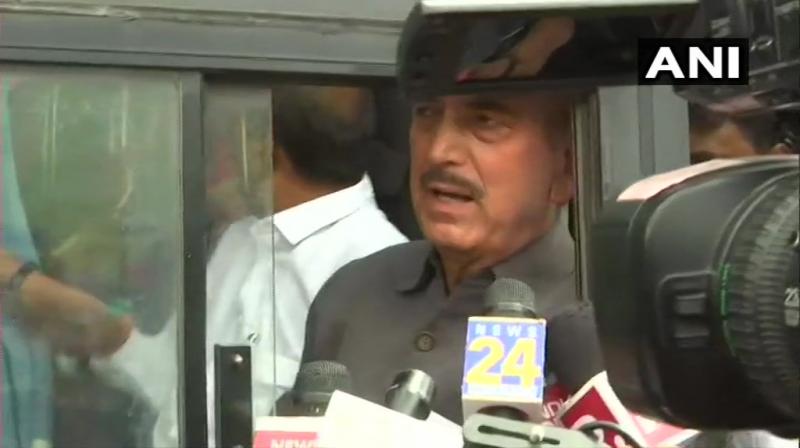 Bengaluru: In the backdrop of recent political upheaval in Karnataka, senior Congress leader Ghulam Nabi Azad has alleged that the Centre is using Governors to topple opposition governments in states, and raised fingers on the conduct of the present BJP government at the Centre as well as Governors.

"State after state, opposition Government are being toppled and Government of India is using Governors for this. From Arunachal Pradesh to Karnataka, Governor's side with defectors and help them in coming out of Congress. We appeal to the nation to rise to the occasion to save this democracy," said Ghulam Nabi Azad after Congress leaders' meeting in Bengaluru on Tuesday.

"The entire country is anguished at the way the present BJP government at the national level and Governor at the state level are conducting themselves. The way democracy is being finished in this country," he said.

On the other hand, BJP MLAs from the state will hold a protest in front of the Vidhan Soudha here on Wednesday.

The 13-month old Congress-JDS government slumped into crisis following the resignation of 11 MLAs from the membership of the state Assembly on Saturday.

JDS rebel MLA H Vishwanath had said that 14 MLAs have jointly tendered their resignations to Speaker KR Ramesh Kumar and requested him to accept them.

Among the MLAs who resigned are Ramalinga Reddy, Anand Singh, Ramesh Jarkiholi, BC Patil, H Vishwanath, Narayan Gowda, S Hebbar, Mahesh Kumatalli, Gopalayya, and Pratap Gowda Patil. However, the Speaker is yet to accept the resignations.