Unity in diversity is visible in its totality: PM Modi after Ayodhya verdict 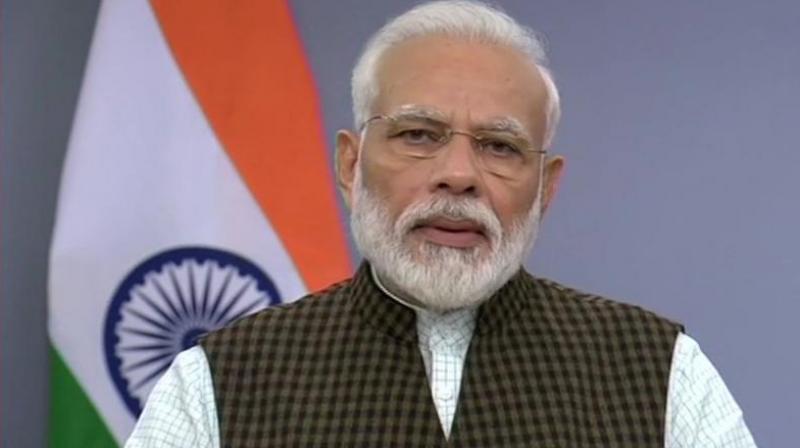 New Delhi: Hours after the Supreme Court's historic verdict on the centuries-old Ayodhya dispute, Prime Minister Narendra Modi in an address to the nation said there was no place for fear, bitterness and negativity in 'New India'.

Appreciating that the Ayodhya verdict was unanimous, PM Modi said, "The apex court heard all parties and it is a matter of happiness as today's message was all about coming together and living together to move forward."

“The way each section of society welcomed the verdict reflects India's ancient traditions. India's credo of unity in diversity is today visible in its totality," he added.

He said the whole country wanted the Ayodhya case to be heard daily, which happened paving the way for the long-awaited verdict.

The manner in which every section of society and religions have welcomed the verdict was proof of India's ancient culture and tradition of social harmony, PM Modi added.

"The Supreme Court verdict has brought a new dawn, now the next generation will build a new India. Our peace, unity and amity is essential for the development of India."

The Supreme Court in a unanimous decision on Saturday cleared the way for the construction of a Ram Temple at the disputed site in Ayodhya – claimed both by Hindus and Muslims for nearly a century -- concluding India’s longest-running historical, political, legal and socio-religious debate.

The top court also directed the Centre to allot a 5-acre plot to the Sunni Waqf Board for a mosque at a 'prominent' site in the holy town. The court observed: "It is clear that the destruction of the 16th century three-domed structure by Hindu karsevaks, who wanted to build a Ram temple there, was a wrong that must be remedied.”

The bench, also comprising Justices S A Bobde, D Y Chandrachud, Ashok Bhushan and S Abdul Nazeer, said possession of the disputed 2.77-acre land would be handed over to deity Ram Lalla, or infant Ram, who was one of the three litigants in the case.