Taking a jibe at Rahul Gandhi, Modi said Cong believes that PM’s seat is reserved for only one dynasty. 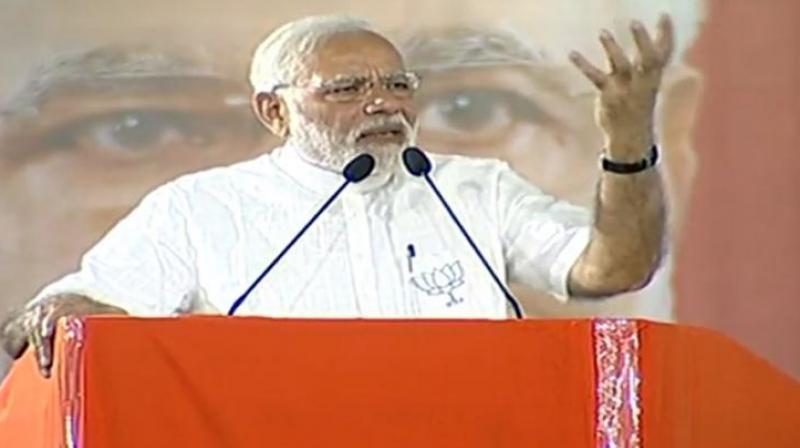 "Congress has always worked for their own goodwill, for their own family. Their actions have deteriorated the condition of the country,” he said.

Taking a jibe at Rahul Gandhi’s PM remark, Modi said the Congress believes that the PM’s seat is reserved for only one dynasty.

Addressing a rally in Bidar in poll-bound Karnataka, the Prime Minister further said, “Leaders of the Congress party believe in photo ops and do not do anything for the betterment of the country.”

PM Modi then urged Karnataka voters to reject the Congress this time. "Elections after elections, people in every state across India have rejected the Congress. Now it is Karnataka's time to reject them," he said.

Modi also said one should refrain from making crimes like rapes a political issue.

“We have approved stringent punishments including death penalty for those who commit devilish deeds against women. Such things cannot be tolerated at all. Also, making such heinous crimes a political issue is not acceptable," the Prime Minister said in Bidar.