In the picture, there is a banner behind him which says, ‘remove 370, end terrorism’. 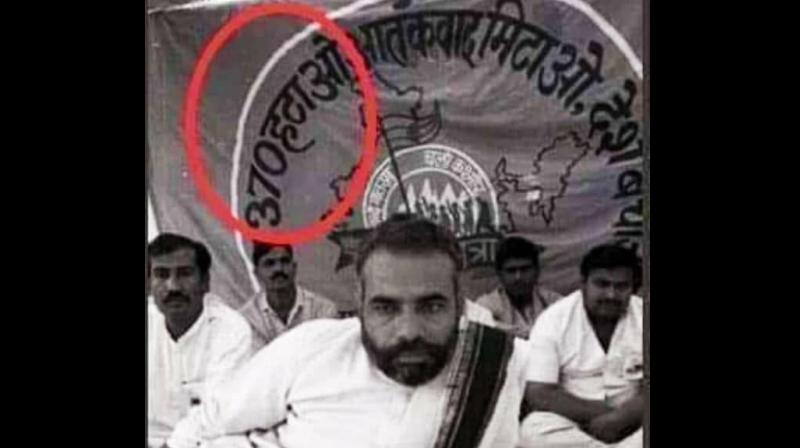 ‘What a glorious day,’ Ram Madhav had tweeted before. (Photo: Twitter | @rammadhavbjp)

New Delhi: BJP national general secretary Ram Madhav took to Twitter to post an old picture of Prime Minister Narendra Modi at an Article 370 event with the message, “Promise fulfilled” – barely hours after Home Minister Amit Shah announced the scrapping of the Article 370 in the Rajya Sabha on Monday.

In the undated photograph, a young Narendra Modi is seen sitting on what appears to be a stage, with his left arm resting on cushions. In the background, there is a banner; part of it says, "Remove 370, end terrorism..."

“What a glorious day. Finally d martyrdom of thousands starting with Dr Shyam Prasad Mukharjee for compete integration of J&K into Indian Union is being honoured and d seven decade old demand of d entire nation being realised in front of our eyes; in our life time. Ever imagined?" Madhav also said in a tweet.

Arun Jaitley also took to Twitter to say, “My complements to the Prime Minister Shri Narendra Modi ji and the Home Minister Shri Amit Shah for correcting a historical blunder.”