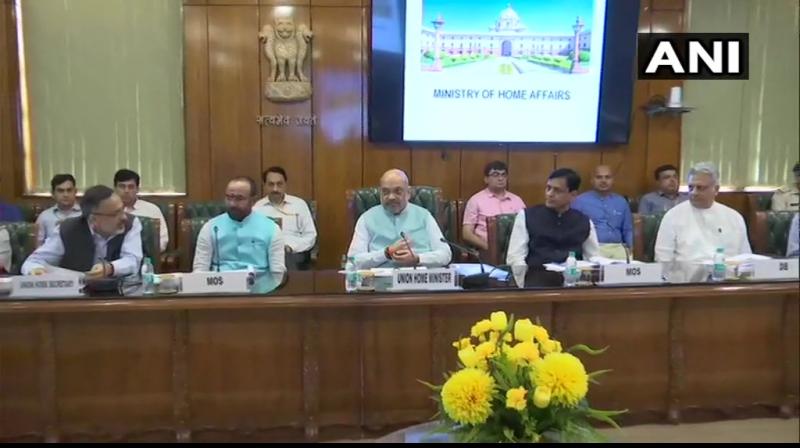 New Delhi: Shortly after taking charge, Union Home Minister Amit Shah held a meeting with top officials of the ministry. When issues relating to Jammu and Kashmir came up, the state Governor Satyapal Malik called on Shah for decision.

Malik said it was a courtesy call during which he briefed Shah on the ground situation in Jammu and Kashmir on the ensuing Amarnath Yatra.

Kashmir is expected to be a focus area for Shah in view of the promises made in the BJP manifesto like abrogation of Article 370 and Article 35A of the Constitution.

Another prime area of focus would be to revitalise the security establishment to ensure that Pulwama like terrorist attacks, especially in Jammu and Kashmir, do not recur.

The task is cut for Shah to take care of other issues as well including Maoist violence, NRC and Article 370 in Kashmir.