Body of 9-yr-old girl, hand missing, pulled out of drain in Haryana's Rohtak

Police say the young girl could have been murdered and her body disposed of in the canal. 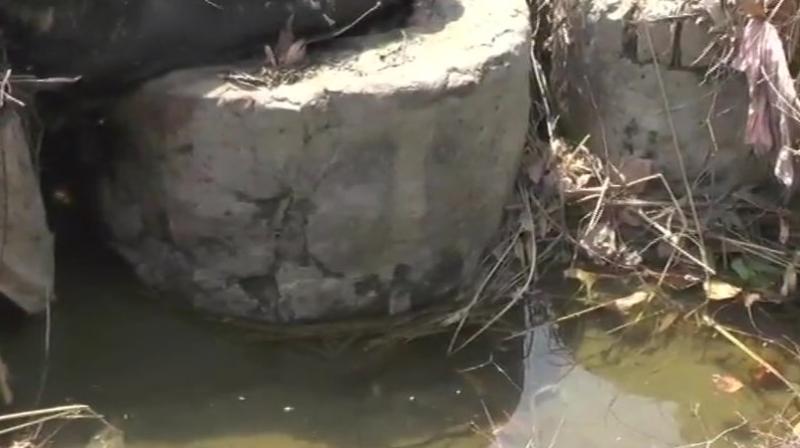 The body of the girl has been sent for post-mortem and a case has been registered against unknown persons. (Photo: ANI/Twitter)

Rohtak: A decomposed body of a 9 year-old girl with her hand missing was pulled out of a drain in Haryana’s Rohtak on Sunday. The body was stuffed in a green-coloured bag. According to the police, the girl must have died at least five days ago.

The incident comes at a time when the entire country is simmering with anger over the rising number of rape and murder cases with citizens carrying out protests all across.

A police officer said that the young girl could have been murdered and her body disposed of in the canal.

The body has been sent for post-mortem and a case has been registered against unknown persons. The police are also looking for hints to establish the identity of the girl.

The police said they got information about a suspicious-looking bag in a drain in Titholi village.

"When we brought it out, we were shocked to find the body of a girl. She could be nine or 10. It looks like her hand was attacked by an animal. We are waiting for the autopsy report," Devi Singh, investigating officer told news agency ANI.

Only two days ago, body of a young girl was found in Gujarat Surat with 86 injuries, including some on her private parts. Initial probe suggested the girl was possibly held captive, tortured and raped before being killed.

Men and women in Surat held a silent candlelight march to protest against the crime echoing the mass rallies against sexual violence in 2012.