Vijay Mallya was arrested by the Scotland Yard in June on fraud allegations, which led to his extradition process in the British courts. 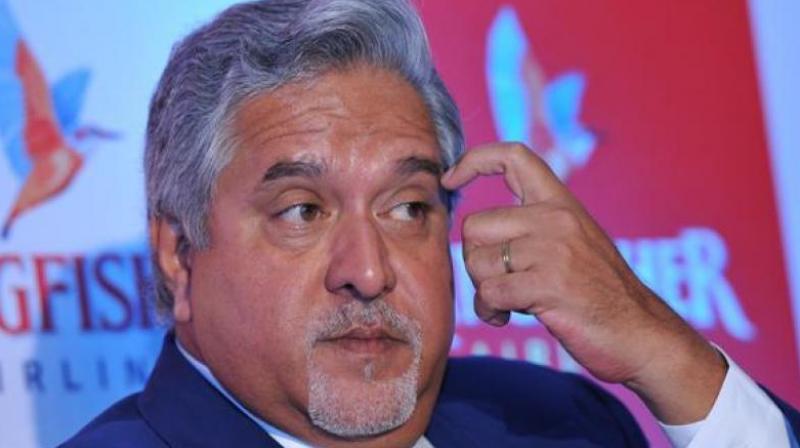 In the last hearing, the apex court had convicted Mallya for contempt of court and summoned him to personally appear on July 10, 2017. (Photo: PTI)

: The Supreme Court on Friday demanded the presence of liquor baron Vijay Mallya in connection with a contempt case filed against him, insisting that no proceedings can go ahead without him.

New Attorney General (AG), K K Venugopal, appearing for Centre, told the apex court that extradition proceedings are being conducted in a British court and would most likely end by December 4.

During the hearing, Venugopal told the division bench that extradition proceedings of Mallya has already started, to which Justice Adarsh Kumar Goel asked for submission of a status report.

In the last hearing, the apex court had convicted Mallya for contempt of court and summoned him to personally appear on July 10. Subsequently, the hearing was adjourned till July 14.

The apex court was hearing a plea by a consortium of banks, which moved the apex court after Mallya received loan of USD 40 million from a British firm, Diageo Plc, in February 2016, and allegedly transferred the money to his children, instead of repaying the loans that he owes to the banks.

The absconding businessman was arrested by the Scotland Yard in June on fraud allegations, which triggered his extradition process in the British courts.

However, Mallya was released on bail as he assured the court to abide by all conditions associated with extradition proceedings, including surrendering his passport.

A joint team of the Central Bureau of Investigation (CBI) and Enforcement Directorate (ED) had also reached .

In June, the Ministry of External Affairs (MEA) informed that the 61-year-old's extradition had been stratified by the Secretary of State of the government and added that a warrant would soon be released against him.

The 's Crown Prosecution Service (CPS) will argue the case on behalf of the Indian authorities.