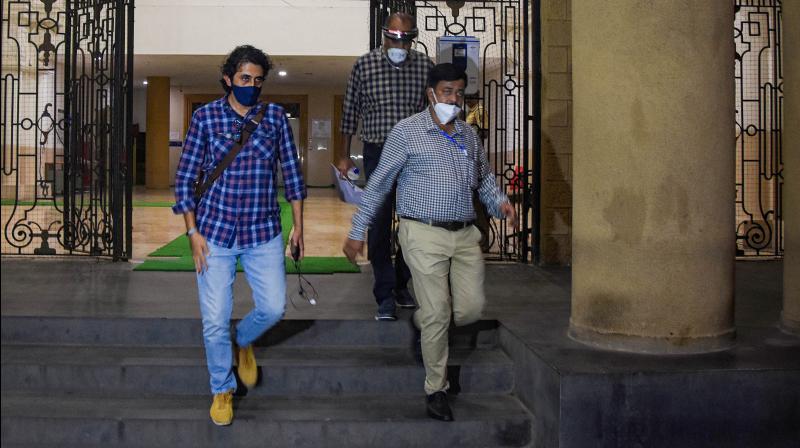 Republic TV CEO Vikas Khanchandani leaves after being questioned by Mumbai Police in a probe related to TRP manipulation case, in Mumbai on Sunday. — PTI photo

The Mumbai crime branch on Sunday issued summons to five more people in connection with the TRP manipulation case. Those summoned include Republic TV Chief Executive Officer (CEO) Vikar Khanchandani and two Chief Operating Officers (COOs). The media house has also approached the Supreme Court in connection with the ongoing probe and the petition is likely to be heard in a week, the officials have been told.

A team of the police recorded the statement of Ghanshyam Singh, distribution head of the channel. The statement was recorded in Daman.

Those summoned by the crime branch have been asked to come for recording their statement next week.

The Crime Intelligence Unit (CIU) of the crime branch earlier summoned the CFO of Republic TV, for questioning. However, he did not turn up stating the media house had approached the apex court seeking relief. The CFO also informed the police that since the Supreme Court (SC) could hear the matter in a week, the process of recording his statement should be held up until then.

Apart from Singh, the crime branch recorded the statement of Sam Balsara of Madison World & Madison Communication’s. The probe into the alleged TRP manipulation began after the Broadcast Audience Research Council (BARC) approached the police and filed a complaint with them.

The Mumbai crime branch is probing into the alleged manipulation in the TRPs by soliciting and paying certain viewers for watching the said news channels round the clock. The police stated Republic TV, Fakt Marathi and Box Cinema were found to be manipulating the TRPs.

The police made four arrests in the case till date, which include the owners of Fakta Marathi and Box Cinema on Thursday and have secured their custody for further investigation in the case. The police have filed a case as per the provisions of the Indian Penal Code and the Information Technology Act and further probe is underway.