On Hafiz Saeed, Durrani said that he had ‘no utility’ for Pakistan, and the country should act against him. 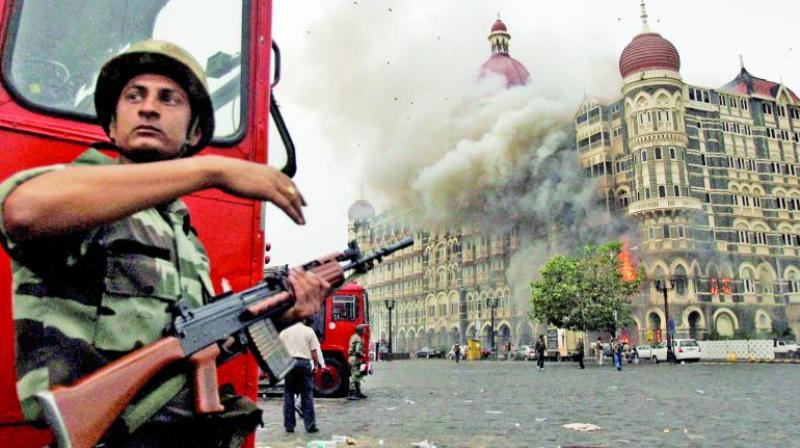 Armed forces personnel outside Taj, while the terrorists carry out the attack in the hotel. (Photo: File)

Islamabad/ New Delhi: Pakistan’s former National Security Adviser (NSA) Mahmud Ali Durrani on Monday said that the 26/11 Mumbai attack was carried out by a terror group based in Pakistan.

Durrani said that the attack bore the marks of a ‘classic trans-border terror event’.

On Hafiz Saeed, accused of masterminding the attacks, Durrani said that he had ‘no utility’ for Pakistan, and the country should act against him.

India last week asked Pakistan to reinvestigate the 2008 Mumbai terror attack case and put on trial Jamaat-ud-Dawa chief Hafiz Saeed who is currently under house arrest in Lahore under the anti-terrorism law.

India made a fresh demand in a reply to Pakistan's request to send 24 Indian witnesses to record their statements in the case, an interior ministry official said on Wednesday.

"We have received a reply from Indian government in response to our letter regarding sending 24 Indian witnesses to Pakistan to record their statements in the Mumbai terror attack case.

"But instead of entertaining our request India has sought reinvestigation of the case and also demanded trial of Jamaat-ud-Dawa chief Hafiz Saeed and Lashkar-e-Taiba operation commander Zakiur Rehman Lakhvi in the light of evidence it had provided to Pakistan," the official said.