The NC and People's Alliance condemned the move. 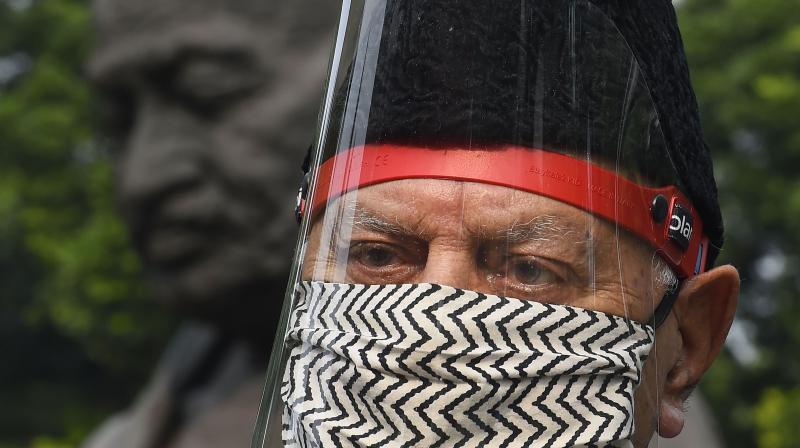 SRINAGAR: The J-K authorities placed former chief minister and Opposition National Conference (NC) president Farooq Abdullah under house arrest for the day on Friday to prevent him from going to the Hazratbal shrine to offer prayers on the day of Milad or the birth anniversary of Islam’s Prophet Muhammad.

A police ‘bunker vehicle’ stayed parked at the main entrance to Abdullah’s residence along Srinagar’s Gupkar Road, blocking the access to the premises. Earlier 83-year-leader and sitting Lok Sabha MP was reportedly informed by the authorities that he cannot move out.

The NC condemned the move. A party spokesman said on the official Twitter handle: “J&-K administration has blocked the residence of party president Dr. Farooq Abdullah and stopped him from offering prayers at Dargah Hazratbal. JKNC condemns this infringement of fundamental right to pray, especially on the auspicious occasion of Milad Un Nabi (SAW).”

The recently formed ‘People’s Alliance for Gupkar Declaration’ of which Abdullah is the president also condemned the move. Spokesperson Sajad Gani Lone said that it is tantamount to interference in the religious rights of Abdullah. He added, “This marks a new low in the curtailment of fundamental fights of the people of J-K.”