Rajnath Singh, last week, had lauded soldiers and officers of the ITBP for introducing Mandarin during basic training of its troops. 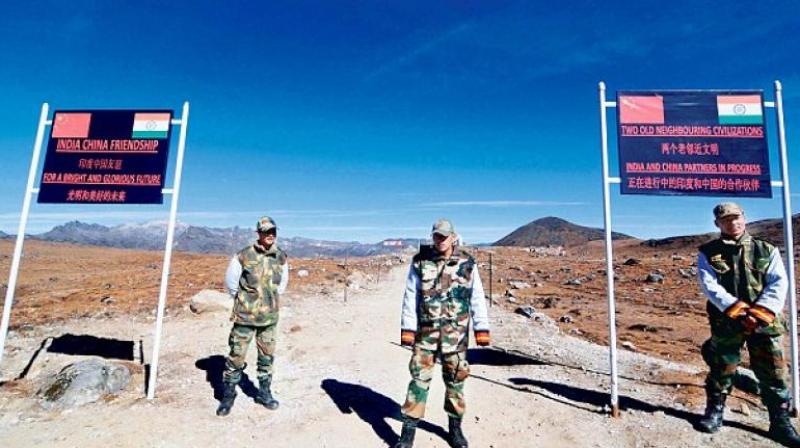 The expert said the move would help avoid any ‘unnecessary’ misunderstandings with their Indian counterparts. (Photo: AFP/Representational)

Beijing: China should follow India's move to teach Mandarin to its border troops deployed along the Sino-Indian frontiers and give lessons in Hindi to them for better communication and to avoid any "unnecessary" misunderstandings with their Indian counterparts, a Chinese expert has said.

Home Minister Rajnath Singh, last week, had lauded soldiers and officers of the Indo-Tibetan Border Force (ITBP), which guards the borders with China, for introducing Mandarin during basic training of its troops in order to help them converse with PLA soldiers during face offs.

"India's concern over China has risen since the (Dokalam) stand-off, so it has asked its soldiers to learn Mandarin to communicate with the Chinese directly to avoid 'unnecessary' misunderstandings," Hu Zhiyong, a research fellow at Shanghai

Academy of Social Sciences' Institute of International Relations, was quoted as saying by the state-run Global Times.

He suggested that frontier soldiers from both sides should learn each other's culture, language and customs.

"It helps to enhance their friendship," Hu said, adding that it is also a sign that India was learning from China, which advocates "know yourself and know your target, then you will win every time".

A Chinese frontier soldier, serving in Tibet who requested anonymity, told the Global Times that these Indian soldiers speak a little Mandarin, but speak Hindi most of the time.

He further added that soldiers on both sides usually communicate in English, and sometimes using hand signals.

"Those who can speak English are in charge of communicating," he said.

In August, Indian and Chinese troops had exchanged blows and later hurled stones at each other near the Pangong Lake in Ladakh. The incident happened at a time when the India-China relations were tensed due to the row over Dokalam.