The team was apprised about the extent of damage caused in the area during the monsoon season. 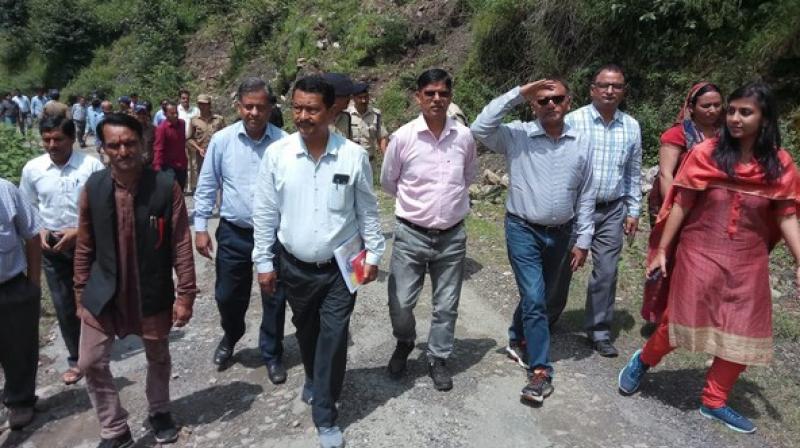 The officials received information about the toll on electricity transmission lines, roads and livestock caused due to the cloudburst in the region. (Photo: ANI)

Chamoli: A team from Ministry of Home Affairs (MHA) visited villages affected by cloudbursts and heavy rainfall in the Chamoli district here to take stock of the damages incurred due to the calamity.

The team comprising officials from the Disaster Management, Finance, Jal Shakti ministry among others will later submit a report to the MHA on the damage in the area.

The team was apprised about the extent of damage caused in the area during the monsoon season.

The officials received information about the toll on electricity transmission lines, roads and livestock caused due to the cloudburst in the region.

Officials from the police department, state disaster management department among others also accompanied the MHA team on their visit to the region.

Block Pramukh Karn Singh Negi told the visiting team that the money for relief and restoration work to the region should be increased keeping in mind the hilly terrain of the region.

The visiting team also met residents of the area who revealed that the state administration had done a commendable job in rescue and relief work in the region during the crisis period.

Almost 15 people had lost their lives and many livestock too had been killed in separate incidents in the region in the period of August which had also led to the destruction of roads and transmission lines among others.