The militants' action came on a day when the NIA arrested the second son of globally wanted terrorist Syed Salahuddin. 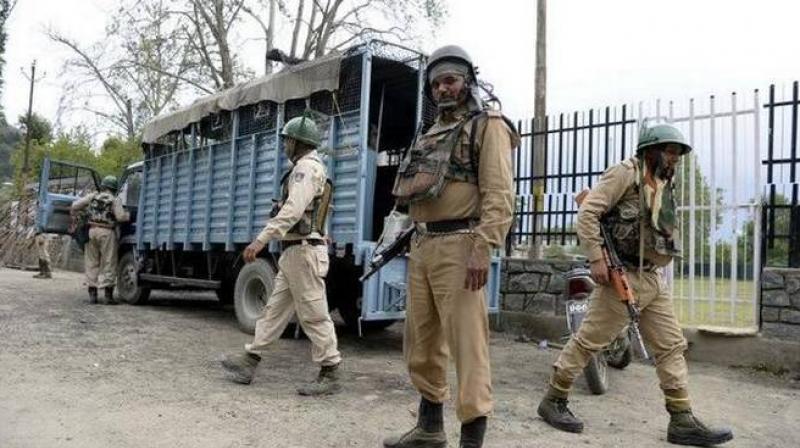 Among those abducted included the brother of a deputy superintendent of police. (Representational Image | AFP)

Police did not immediately give an official statement and said they were trying to ascertain reports of abductions.

However, officials privy to the development said that at least seven people, whose family members were working in the Jammu and Kashmir Police, have been picked up by militants last night from Shopian, Kulgam, Anantnag and Awantipora.

The militants' action came on a day when the NIA arrested the second son of globally wanted terrorist Syed Salahuddin.

Militants kidnapped the nephew of a deputy superintendent of police from Trenz area in Shopian district, a police official said.

Adnan Ahmad Shah, 26, was abducted by militants from his home late on Thursday night, the official said. In another incident, son of a police officer was kidnapped by the ultras from his home in Wathoo village of Shopian, he said.

Yasir Bhat, whose father is presently in Hajj pilgrimage, was also kidnapped on Thursday night. The official did not divulge the details of other abductions.

Militants also threatened to set afire the family home of a constable at Berthipora in Shopian, he added.

In a related development, kin of a policeman, who was abducted from Ganderbal district in central Kashmir, was released after being mercilessly beaten up by militants.

Omar Abdullah today said the abduction of kin of policemen was a worrying reflection of the situation in the valley.

"11 abductions! This is a very worrying reflection of the situation in the valley," Omar wrote in a tweet.

The National Conference vice president also lashed out at those who are vocal in condemning the alleged excesses by security forces but have maintained silence about the abductions.

"What's worse is the selective outrage - people/leaders who are so vocal about alleged security force excesses are silent about these abductions," he said.

The PDP president Mehbooba Mufti said families of either militants or forces should not be made to suffer for something they have little control over.