India   All India  31 May 2019  He is very selfish: BJP MP slams Nitish for opting out of Cabinet
India, All India

He is very selfish: BJP MP slams Nitish for opting out of Cabinet 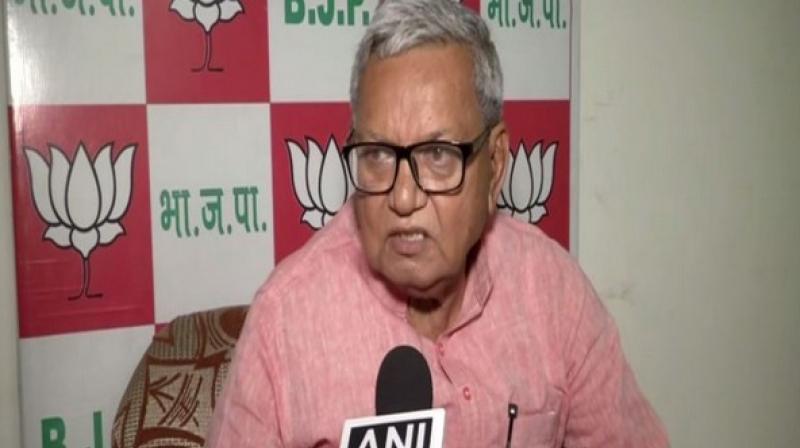 New Delhi: BJP leader Gopal Narayan Singh on Friday slammed Bihar Chief Minister Nitish Kumar for turning down his party's offer of one spot in the Cabinet just a few hours before the oath-taking ceremony of Narendra Modi and his council of ministers.

"With the help of the BJP, he ran the government in Bihar for seven long years. But, the moment he realised that he can run the government independently, he kicked out our party. No alliance partners are protesting for Cabinet berths. I feel that people in Bihar will also point fingers at Nitish Kumar for his move," he lashed out.

The JD(U) on Thursday decided to not be a part of Narendra Modi's new Cabinet, saying it would not accept the BJP's offer of only one ministerial berth.

"They (BJP) wanted only one person from JD(U) in the Cabinet, so it would have been just symbolic participation. We informed them that we do not need it (Cabinet berth)," JD(U) chief Nitish Kumar had said after a meeting of party leaders.

Kumar, who later attended Prime Minister Narendra Modi's swearing-in ceremony, had stated, "It is not a big issue. We are fully in the NDA and not upset at all. We are working together. There is no confusion."

Despite being a part of the National Democratic Alliance, the party was also not part of the last central government. The BJP, however, is sharing power in the Bihar government with its leader Sushil Kumar Modi as the Deputy Chief Minister.