Despite the alert, Amarnath Yatra resumed on Saturday morning for both the on-foot routes of Baltal and Pahalgam. 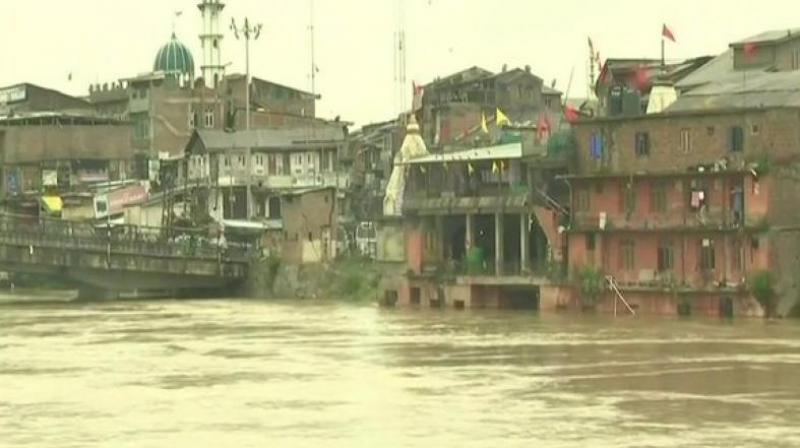 Kashmir has experienced rainfall over the past three days and the downpour intensified in many parts, including the summer capital of the state. (Photo: ANI/Twitter)

Srinagar: Intermittent rains continued in Kashmir on Saturday with authorities sounding a flood alert in central Kashmir, even as water levels started receding in the southern parts of the valley.

The authorities had on Friday issued a flood alert in south Kashmir.

On Saturday, they issued a flood alert for low-lying areas of central Kashmir, including the summer capital here, and asked people to be alert and prepared for evacuation. The schools across the valley were shut in view of the inclement weather.

"The gauge at Ram Munshi Bagh crossed the flood declaration of 18 feet and was flowing at 20.87 feet at 10 am," an official of the Irrigation and Flood Control Department said.

He said the people living in areas along the embankments of Jhelum river and other streams and in low-lying areas of central Kashmir were advised to remain vigilant.

#WATCH Anantnag: Following incessant rainfall in the region, Jhelum river and its tributaries are flowing above danger mark. #JammuandKashmir pic.twitter.com/7KeSN78H8N

"The staff deputed on flood duty in central Kashmir is directed to report to their sectors and beats," the official added. Deputy Commissioner Srinagar, Syed Abid Rasheed Shah said the people living in low-lying areas and embankments of river Jhelum in Srinagar were requested to be alert and prepared for evacuation.

“We have issued a flood alert for low-lying areas of Srinagar,” he said.

In south Kashmir, the alert was sounded when the water level crossed the flood declaration level of 21 feet at Sangam in Anantnag district.

Kashmir valley experienced rainfall over the past three days and the downpour intensified in many parts, including the summer capital of the state.

The rising water levels induced fear among the valley residents of a re-run of 2014 floods that caused widespread devastation and left over 300 persons dead. An official of the MET office said the weather was likely to improve.

However, the Amarnath Yatra which was suspended on Friday due to multiple landslides resumed on Saturday morning for both the on-foot routes of Baltal and Pahalgam. Air sorties by the administration have also resumed from Baltal. 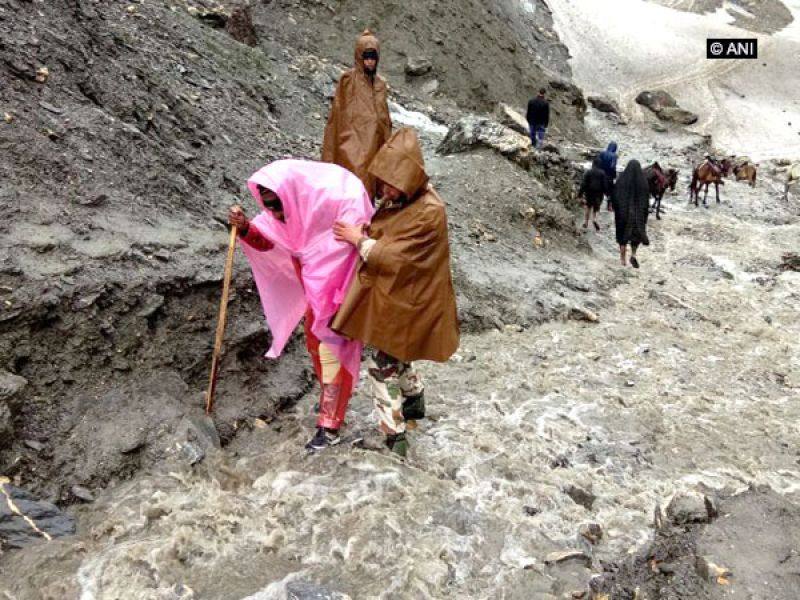 Earlier in the day, Jammu and Kashmir Governor NN Vohra called for an emergency meeting at his residence to discuss the flood-like situation arising in the state.