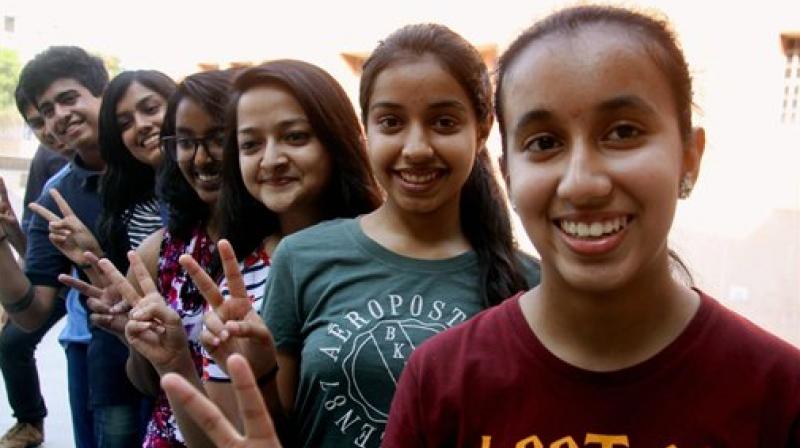 Students celebrate their success after announcement of ICSE board results in Gurugram. (Photo; AP)

New Delhi: A day after Central Board of Secondary Education (CBSE) announced the Class-12 results, the Council for Indian School Certificate Examination (CISCE) also declared results for both Classes 12 and 10 on Monday, with girls outperforming boys again. While Class 12 saw a pass percentage of 96.47, Class 10 students stood at 98.53 pass percentage.

Kolkata girl, Ananya Maity, has emerged as the all India topper of Class 12 with 99.5 per cent whereas Muskan Abdulla Pathan from Pune and Bengaluru’s Ashwin Rao jointly topped the Class 10 exams with 99.4 per cent each. This year, ICSE (Class 10) and ISC (Class 12) exam showed a marginal increase in pass percentages over the previous year’s results, Gerry Arathoon, Council CEO said. 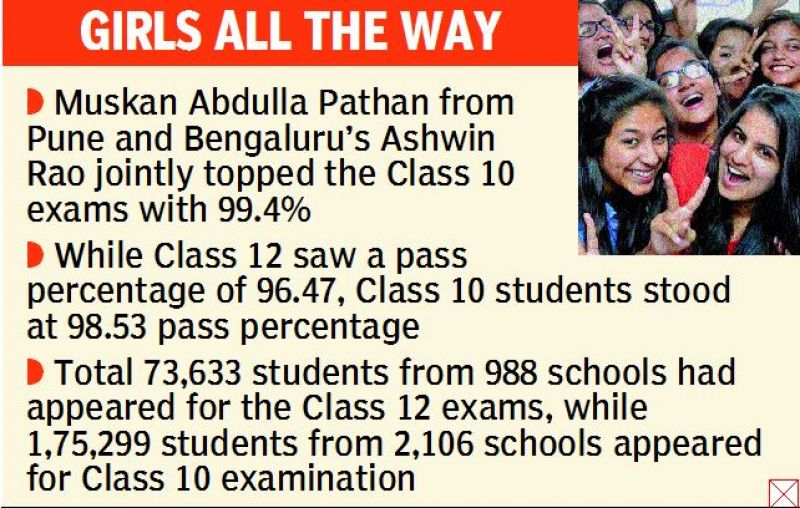 In Class 12 exams, the pass percentage of girls was 97.73 per cent as compared to 95.39 per cent of boys. A total of 73,633 students from 988 schools had appeared for the Class 12 exams, which was conducted in 50 written subjects. The second position has been jointly shared by four students — Ayushi Srivastava (Lucknow), Devesh Lakhotia (Kolkata), Rishika Dhariwal (Mumbai) and Keerthana Srikanth (Gurgaon), who scored 99.25 per cent each.

Five students — Ananth Kothari (Kolkata), Deepthi S. (Dehradun), Sougata Chowdhury (Kolkata), Vedanshi Gupta and Yukta Meena (Lucknow), jointly bagged the third position with 99 per cent marks each. In Class-10 exams, the pass percentage of girls is 99.03 per cent and that of the boys stood at 98.13 per cent.

The second rank in Class 10 exams has been jointly shared by Mumbai’s Farzan Hoshi Bharucha and Debasree Pal from Pargana with 99.2 per cent, while the third rank was bagged by Meenakshi S. from Kerala and Pune’s Raghav Singhal with 99 per cent marks.