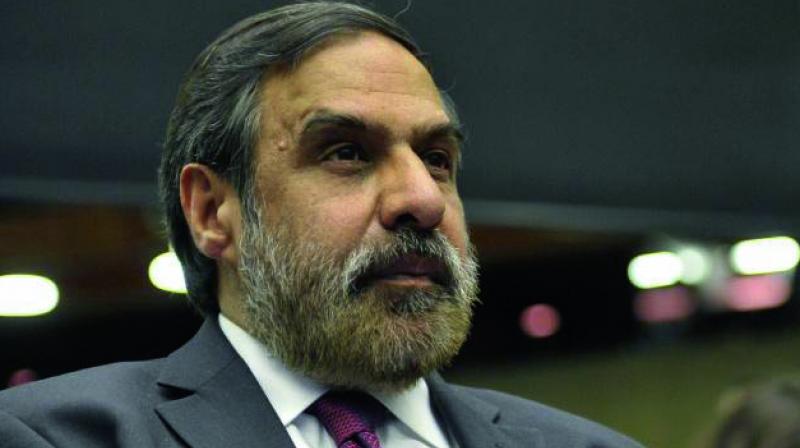 Sharma said Modi must understand that engagement with strategic partners can not be transactional or episodic. (Photo: File)

New Delhi: The opposition Congress Monday hit out at Prime Minister Narendra Modi over reports that US President Donald Trump has not accepted India's request to be the chief guest at the Republic Day parade next year and termed it a "diplomatic faux pas".

Congress leader and former Union minister Anand Sharma said Modi's approach is "frivolous" and his conduct of diplomacy lacks gravitas. He said Modi must understand that engagement with strategic partners can not be transactional or episodic.

"President Trump's non-acceptance of invitation to be the chief guest for Republic Day was an avoidable embarrassment. Extending the invite without assured acceptance was a diplomatic faux pas. Never before this honour has been declined by a head of state... He (PM Modi) must know that engagement with strategic partners can not be transactional or episodic," he said.

Sharma said such a thing has never happened in the past. Another Congress leader Manish Tewari said, "Not Surprising. I was in Washington DC when news of India's Republic Day invite to Donald Trump broke in July 2018. Asked a senior White House official would Trump travel to India, the person smiled and said-needs to be forward movement on a bunch of issues".

Trump is unlikely to accept India's invitation to be the chief guest at the parade, sources said Sunday. The US is understood to have conveyed to New Delhi that Trump may not be able to honour the invitation as he will have pressing engagements, including his State of The Union address, around the time India will celebrate its Republic Day.

This comes at a time when Indo-US ties have witnessed some strain after India went ahead and sealed a deal with Russia to procure a batch of S-400 air defence missile systems, notwithstanding US threat of punitive action under CAATSA (Countering America's Adversaries Through Sanctions Act).

The sources said India has shortlisted names of two-three heads of states for extending invitation to be the chief guest at the parade.