At least 22 people were killed and several injured in a rush hour stampede on a overbridge linking Elphinstone Road and Parel stations. 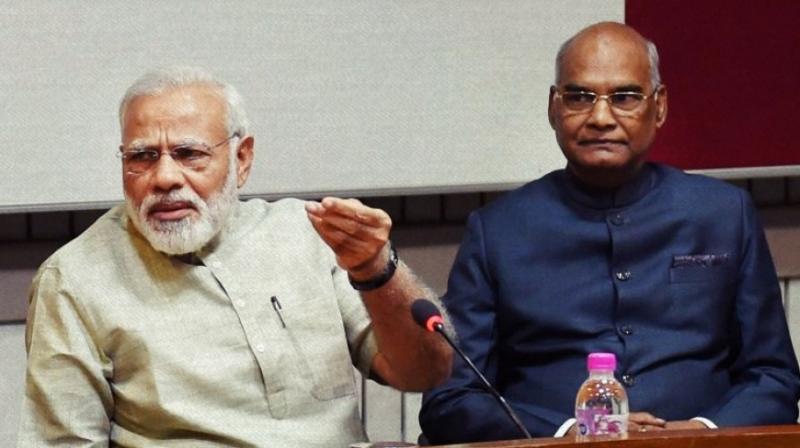 The President in his twitter said he is anguished by the loss of lives in the stampede.

Anguished by the loss of lives in the stampede in Mumbai. Condolences to the bereaved families; prayers with injured — #PresidentKovind

Prime Minister Narendra Modi also expressed his condolences and said the situation in Mumbai is being constantly monitored by Railways Minister Piyush Goyal.

My deepest condolences to all those who have lost their lives due to the stampede in Mumbai. Prayers with those who are injured.

Situation in Mumbai is being continuously monitored. @PiyushGoyal is in Mumbai taking stock of the situation & ensuring all assistance.

At least 22 people were killed and 39 injured in a rush hour stampede on a foot overbridge linking Elphinstone Road and Parel suburban railway stations in Mumbai on Friday morning.

The tragedy took place amid rain in the city around 10:40 am when the foot overbridge was heavily crowded.