The Central Railways confirmed that no casualities or injuries were reported. 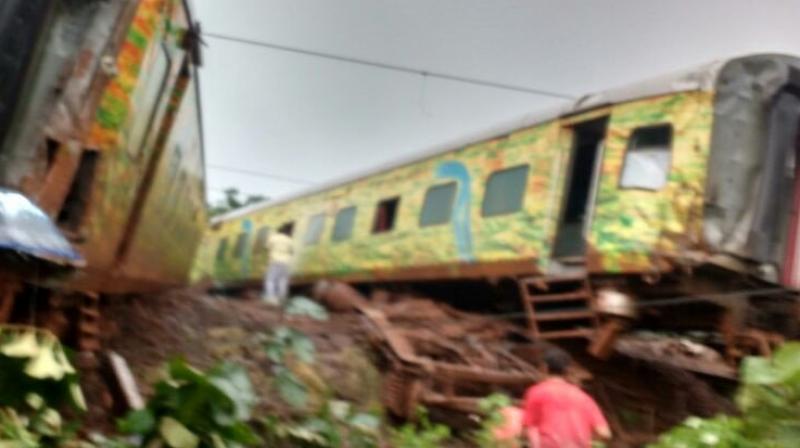 New Delhi: Railway Board Chairman Ashwani Lohani on Tuesday said that the board is doing its best to help the people who were trapped after the engine and seven coaches of the Nagpur-Mumbai Duronto Express derailed on early Tuesday morning.

"The board took the matter seriously. The General Manager and the DRM have been ordered to reach the site of incident so that they can provide help to the passengers," Ashwani said.

Earlier on Tuesday, the Nagpur-Mumbai Duronto Express derailed near the Titwala station, a small town in Maharashtra's Kalyan.

The Central Railways confirmed that no casualities or injuries were reported.

"No casualities, no injuries have been reported as of now. The derailment has happened between Asangaon and Vasind station of the 12290 Nagpur-Mumbai Duronto Express. The engine and seven coaches have derailed," Central Railways's Chief Public Relations Officer (CPRO) Sunil Udasi said.

He also said that elaborate arrangements were made with the help of state government to ply passengers through buses from the accident sites to the CSMT.

The CPRO has further said that as many as nine coaches have been affected and prima facie, a major landslide is said to be the reason behind the derailment.

Meanwhile, four trains have been diverted due to the derailment via Kalyan-Lonavala-Pune-Daund-Manmad.

This is the fourth incident of train derailment within 10 days.

On August 25, a local train running on Mumbai's Harbour line derailed, while it was returning to the Mahim platform.

Five-six persons sustained minor injuries, but no case of casualties or major injuries were recorded.

On August 23, the Delhi-bound Kaifiyat Express derailed in Uttar Pradesh's Auraiya district. As many as 81 people were injured.

On August 19, the Kalinga Utkal Express had also derailed in Uttar Pradesh's Muzaffarnagar killing 22 people and injuring over 200.

In the aftermath, Railway Minister Suresh Prabhu had offered to resign, taking moral responsibility for the accidents under his watch, but was asked by the Prime Minister to "wait".