India   All India  29 May 2020  India rejects US mediation in Ladakh standoff, reiterates China issue is bilateral
India, All India

China too, in a statement on Friday, rejected any US mediation. 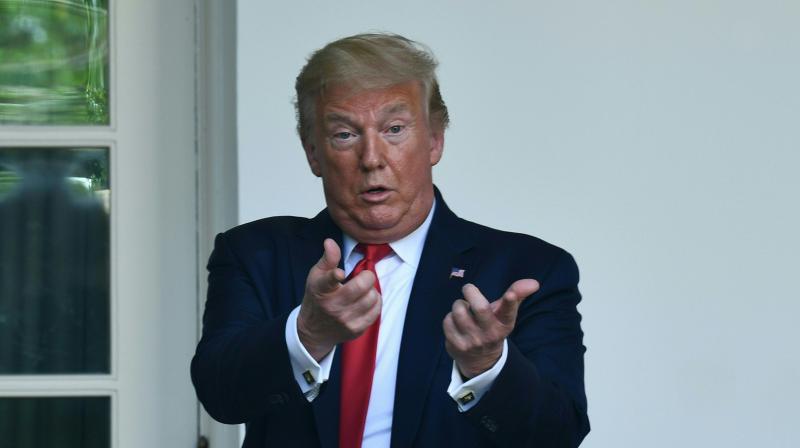 New Delhi: US President Donald Trump’s foot-in-the-mouth disease again manifested itself on Friday when he claimed that an unhappy Prime Minister Narendra Modi had spoken to him on the border dispute with China.

The claim was swiftly denied by Indian government sources who said there had been “no recent contact” between the two leaders and that the last conversation between them was several weeks ago on April 4, on the subject of export of anti-malarial drug Hydroxychloroquine (HCQ) to the United States.

A day after India officially made it clear that the border issue with China was a bilateral one, Indian government sources reiterated the official position that New Delhi is in “direct contact” with Beijing to resolve the matter, in what is again being seen as a clear rejection by India of the US President’s recent offer to mediate between the two Asian giants. India and China are currently involved in a military face-off in the Ladakh sector.

According to reports from Beijing, China too, in a statement on Friday, rejected any US mediation, saying, “We do not need the intervention of the third party”.

On Thursday night (Friday morning IST), US President Trump told reporters in Washington, “They have a big conflict going with India and China. Two countries with 1.4 billion people. Two countries with very powerful militaries. And India is not happy, and probably China is not happy. But I can tell you, I did speak to Prime Minister Modi. He's not -- he's not in a good mood about what's going on with China.”

Refuting the presidential claim, Indian g overnment sources said, “There has been no recent contact between PM Modi and President Trump. The last conversation between them was on 4 April 2020 on the subject of hydroxychloroquine. Yesterday, the MEA had also made it clear that we are directly in touch with the Chinese through established mechanisms and diplomatic contacts.”

In a move that had set the cat among the pigeons on Wednesday, President Trump had waded into the Sino-Indian border dispute, saying the United States has informed both China and India that it is ready, willing and able to mediate between them on their “raging” border dispute.  It may be recalled that the US President had earlier offered to mediate between India and Pakistan on the Kashmir issue as well but that offer had been rejected by India. Also, China has been extremely wary of any move by the United States to interject in the resolution of disputes in both Asia and the larger maritime Indo-Pacific region.

In his tweet then, President Trump had said, “We have informed both India and China that the United States is ready, willing and able to mediate or arbitrate their now raging border dispute”.

Asked about the offer of US President Donald Trump to mediate between India and China, New Delhi on Thursday had avoided a direct comment on the offer but had indicated that the border issue is bilateral between India and China. In response to a query, MEA Spokesperson Anurag Srivastava had said that India is “engaged with the Chinese side to peacefully resolve the issue”.