India   All India  29 May 2019  Financial inclusion in education can change nation’s trajectory
India, All India

This is where targeted financial inclusion can help large numbers of students access the education opportunities they are seeking. 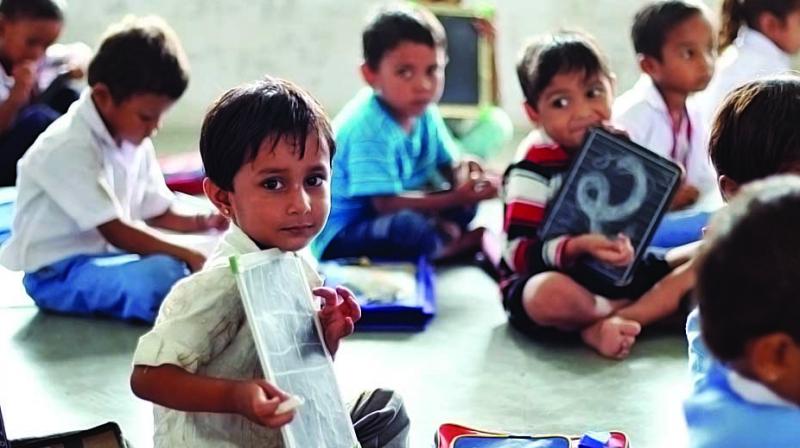 The Board results for 2019 have just been announced. Nearly 13 CBSE students have attained the magic rank of near perfection with an unbelievable score of 499 out of 500. It is mind-boggling to comprehend academic achievement at this level and it is not something that is easy to attain. For several years now, higher and higher cut-offs in terms of Board marks have been accused of limiting the accessibility of higher education to the vast mass of students.

In many cases, despite having the marks required to gain admission, a shortage of financial resources prevents deserving students from being able to join the institution of their choice. How does a 17- or 18-year-old student even contemplate pursuing learning further in the face of this adversity? Rather than become a burden on his parents, he might slip off the learning curve altogether, joining the millions who end up in the unorganised, unskilled worker category. Firstly, it is hard to get into the top 20 colleges if you are to be judged on the outcome of an examination. There are new universities which offer a more rounded, international level education and they review an applicant on the basis of their interest, knowledge understanding and desire to learn. However, there is another aspect of the issue, which is often overlooked. The cost of global quality education and its availability for those is often determined by financial ability. Private education has long faced the criticism of being too expensive when compared to centrally funded institutions. Yes, it does cost more, but for path breaking centres like Ashoka, the doors of higher education are not barred for those who cannot pay.  On the contrary actually!

The cost of studying in central universities is low, amounting to a few thousand rupees, not including room and board. However, the number of seats is small and there is increasing competition. On the other end of the spectrum is the rising number of private educational institutions. They are designed to offer the best education, but they do not receive any government subsidies or grants to run. Private institutions needs a workable economic model to cover operating costs, while ensuring they provide the best faculty, services, support systems and facilities for students. This means that private education does cost more than those supported by the government, making it even more difficult to afford.

This is where targeted financial inclusion can help large numbers of students access the education opportunities they are seeking.

An encouraging trend is that the focus on quality education has led to the real expansion of direct involvement from the private sector, where many individuals have often come together in a philanthropic group to set up some exemplary teaching institutions. Profit is not the motive here; contributing to build the future of young India is! Ashoka University is one such example, which has built a reputation for quality of education, an outstanding globally recognised faculty, and future prospects for graduating students.

To give access to this education to deserving students in the heartlands of India, and to incentivise bright students who, in the face of severe adversity, find it hard to break into the established order, the university has developed a unique financial inclusion programme with a simple promise: no deserving student will ever be denied admission to Ashoka due to financial constraints. Nearly 50 per cent of our students are on some form of financial aid, and more than 1,700 students so far have benefited from direct support — from tuition cost waivers to full aid — to achieve their dreams and have gone on to attend international graduate schools, joined research organisations or stepped into the formal work arena by taking up a wide variety of jobs.

Education can be a life-changing experience for the individual, and change the trajectory of the nation’s growth. In a developing nation like ours, it should be a basic aim to ensure that it is available to everyone across the economic spectrum. Though quotas, especially those announced for the economically weaker sections, may give hope, the issue still comes down to a young person and his or her family’s ability to pay. It is only through significant financial commitment made by new and upcoming institutions, which releases a potential student from financial worries in his quest for betterment, that we can hope to give young talent its due. Levelling the playing field is the only way hope and aspiration can be realised, because it links the student’s future success entirely to his or her initiative and hard work. In sum, financial inclusion provides equality of opportunity, releases young energy in the right direction, and changes students’ lives for the better. It is the enlightened way to spread the power of education, and build the country’s future.