‘Disappointed, not surprised': India on Pakistan response to Pulwama dossier

'Regrettably, Pakistan continues to be in denial and even refuses to acknowledge Pulwama as a terror attack,' kumar said. 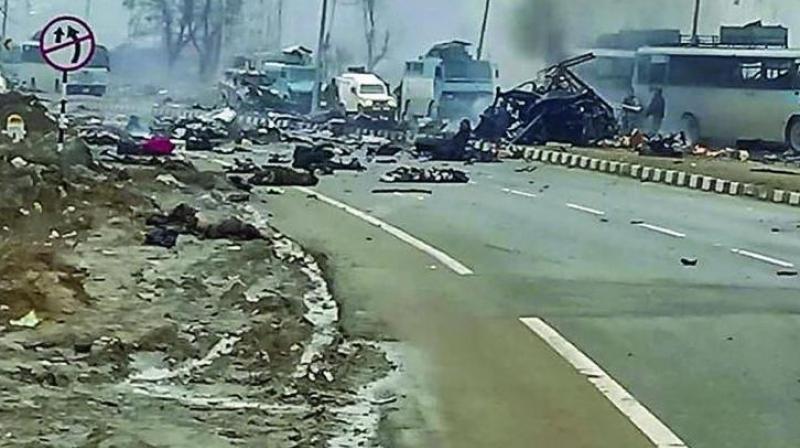 India's response came a day after Pakistan sought more information and evidence from New Delhi on the involvement of the JeM in the February 14 terror attack and the presence of camps of the terror outfit in Pakistan. (Photo: PTI)

New Delhi: India on Thursday expressed disappointment over Pakistan's response to its dossier on Jaish-e-Mohammed's involvement in the dastardly Pulwama attack, saying Islamabad continues to be in "denial" on the issue of cross border terrorism.

India's response came a day after Pakistan sought more information and evidence from New Delhi on the involvement of the JeM in the February 14 terror attack and the presence of camps of the terror outfit in Pakistan.

"India is disappointed at Pakistan's response to our detailed dossier on the Jaish-e-Mohammed's complicity in the cross-border terror attack in Pulwama, the presence of its terror camps and leadership in Pakistan," External Affairs Ministry Spokesperson Raveesh Kumar said.

"Regrettably, Pakistan continues to be in denial and even refuses to acknowledge Pulwama as a terror attack," he said.

The MEA spokesperson said India was hardly surprised as "this identical script" was followed by Pakistan in the past -- be it the Mumbai terror attacks in 2008 or in Pathankot in 2016.

Pakistan Foreign Ministry on Wednesday said the "preliminary findings" on the "Pulwama incident" were shared with Indian High Commissioner Ajay Bisaria in Islamabad after examining the Indian dossier.

Kumar said India was examining the paper handed over by Pakistan to India on Pulwama strike, adding Islamabad has not shared details of credible action, if any, taken by it against terrorists or terrorist groups operating from its soil.

India handed over the dossier to the Acting High Commissioner of Pakistan in New Delhi on February 27 with specific details of JeM's complicity in the Pulwama attack in which 40 CRPF personnel were killed and presence of JeM terror camps and its leadership in Pakistan.

"It is a well-known fact that the UN-designated terrorist organization Jaish-e-Mohammed and its leader Masood Azhar are based in Pakistan. This was again acknowledged recently to international media by Pakistan's Foreign Minister," Kumar said.

"There's no dearth of sufficient actionable information and evidence in Pakistan itself to take action against them, if there is sincerity and intent to do so," he said.

The MEA spokesperson said Pakistan should take "immediate, credible, irreversible and verifiable" actions against terrorists and terror organizations operating from territories under its control.

"Pakistan should abide by the commitment it gave in 2004, and which its current leadership has recently repeated, vowing not to allow any territory under its control to be used for terrorism against India in any manner," said Kumar.