India   All India  29 Mar 2018  TN to file contempt against Centre on Cauvery issue
India, All India

TN to file contempt against Centre on Cauvery issue 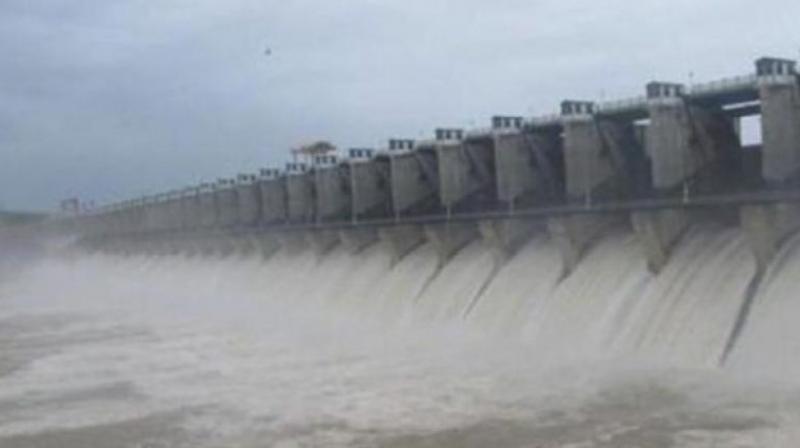 Meanwhile, the Centre has decided to move the Supreme Court seeking clarification on its February 16 judgement on the Cauvery dispute. (Photo: File/PTI)

Chennai: Tamil Nadu Chief Minister EK Palanisamy on Thursday held discussions with his senior ministers on the Cauvery issue, even as protests were held in different parts of the state demanding constitution of the Cauvery Management Board (CMB).

The meeting comes in the wake of the six-week deadline given by the Supreme Court to the Centre to formulate a scheme ending on Thursday.

The AIADMK government earlier on Tuesday decided to move a contempt petition on March 31, in case the demand is not met by the Centre.

According to a report in The Times of India, a high-level team of government officials on Tuesday held a session with legal luminaries in New Delhi to decide future course of action.

Meanwhile, the Centre has decided to move the Supreme Court seeking clarification on its February 16 judgement on the Cauvery dispute.

With the Election Commission announcing the May 12 as the date for Karnataka assembly elections, the Centre with a view to delaying the process of setting up of the CMB will file the application in a couple of days putting forth the view points of both Tamil Nadu and Karnataka.

The Centre wants the apex court to clarify as to what is the meaning of “framing a scheme” under Section 6(A) of the Inter State Water Disputes Act as there is no specific mention about “CMB” in the judgement though in the narration the verdict talks about CMB as suggested by the Tribunal in its final award of February 2007.

The apex court in its much-awaited verdict on the decades-long dispute increased Karnataka's share of water and directed the state to release 177.25 tmc to Tamil Nadu.

Following the verdict, the Supreme Court on February 16 had ordered the Central government to set up the CMB and the Cauvery Water Regulatory Committee within six weeks.

In Tamil Nadu, the AIADMK and the DMK have come together to exert pressure on the Centre for the formation of the Cauvery Management Board.