The journalist informed that Honeypreet accompanied Ram Rahim to Rohtak Jail, but after about two-and-a-half hours, she was taken away. 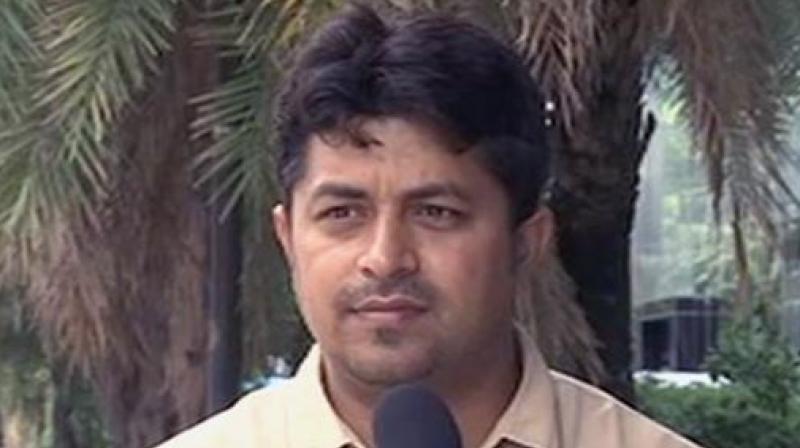 Speaking on the big convoy that Baba Ram Rahim had brought on the day of hearing, Mahajan told that he had brought 700 to 800 vehicles with himself, which met with seven accidents in different locations along the way. (Photo: ANI)

Chandigarh (Haryana/Punjab): Journalist Sanjiv Mahajan, who revealed that Dera Sach Sauda chief Gurmeet Ram Rahim Singh's adopted daughter Honeypreet Insan was taken in a chopper with him to Rohtak's Sunaria jail, on Monday said that the self-styled godman had threatened the jail authority of getting them suspended by using his connection with chief ministers and big politicians, when the Director General of jail refused entry to Honeypreet after a couple of hours.

"As soon as Baba was convicted of rape, an application was filed by his lawyers saying that Baba has a back ache and suffers with migraine for which he be given a one-plus-one attendant. The CBI judge did not give any orders, citing it outside his jurisdiction, and that if Honeypreet willingly wants to stay with him, then government or jail authority can give approval " Mahajan said.

Mahajan further informed that Honeypreet accompanied Ram Rahim to the Rohtak Jail, but after about two-and-a-half hours, she was taken away.

"She stayed their for two-and-a-half hours, after which the DG objected and she was taken away," he said.

"Sources say that Baba became furious for not allowing Honeypreet to stay with him, and threatened to make phone calls, but the police refused access to a phone, and then he threatened that he will talk to the chief ministers and other big politicianas and get the jail authorities suspended," he added, informing that the police refused to budge from their stand in spite of the threat.

Speaking on the big convoy that Baba Ram Rahim had brought on the day of hearing, Mahajan told that he had brought 700 to 800 vehicles with himself, which met with seven accidents in different locations along the way.

Meanwhile, about 73 vehicles had entered Panchkula, out of which only three were allowed to enter the court premises.

"Baba got his car inspected, but refused the inspection of his second car. To avoid any ruckus, the police complied, but later it was Baba's second car in which an AK-47, revolvers, and petrol were seized," disclosed Mahajan.