Inputs received by the security and spy agencies state that after Panchayat elections, terror attacks may be carried out. 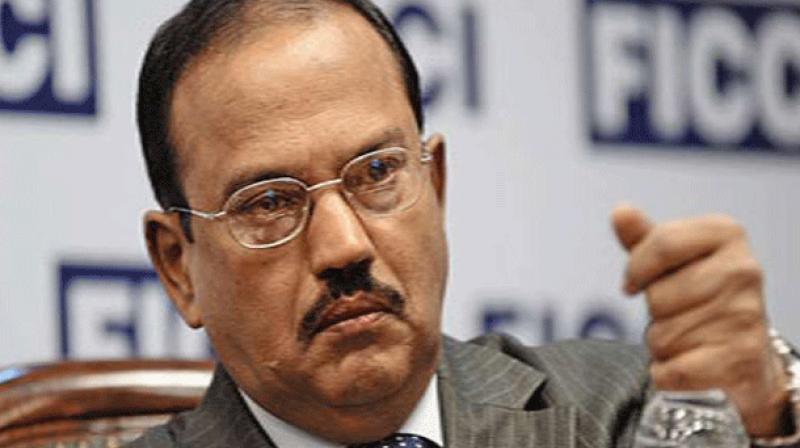 New Delhi: Pakistan-based terrorist groups are planning to carry out a major terrorist attack in the Kashmir valley prompting the government to rush additional troops to strengthen the counter-terrorist grid in the area.

"After receiving inputs about the terrorist attack threat, NSA Ajit Doval held a meeting of counter-terrorism grid in Jammu and Kashmir to review the security situation in the Kashmir valley. After this assessment by the NSA, the government felt the need for deploying additional troops there," top government sources said here.

The security establishment has confirmed inputs that Pakistan army-backed terrorist groups are planning to carry out a major attack on Indian soil which is why 100 companies of paramilitary groups have been deployed in the Kashmir valley.

The NSA has gone to Kashmir valley for a meeting with the top officials of the counter-terrorism grid.

Inputs have been received by the security and spy agencies that after the successful conduct of Panchayat elections in the state, terrorist groups have been asked to carry out an attack on forces.

The peaceful conduct of Amarnath Yatra which saw a record number of pilgrims taking part has also irked the terrorists and their handlers in Pakistan and Pakistan Army's spy agency ISI.

After a considerable gap this year, Pakistani terrorist groups tried to infiltrate into the Indian territory yesterday in the Machhil sector but the attempt was foiled by the alert troops of the Indian Army.

In view of the threat perception, the security forces including the Army and CRPF units are maintaining the highest levels of vigil to foil any misadventure in their area of responsibility.

NSA Ajit Doval is constantly in touch with the security agencies to monitor the situation and is keeping a close eye on developments in the state.