Around 957 youngsters, who have already cleared their physical and medical tests, appeared for written tests. 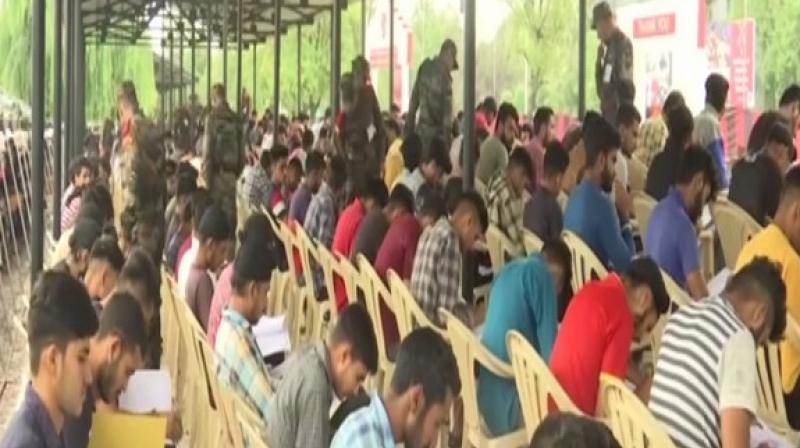 Budgam: Kashmiri youth came in huge numbers to take the common entrance test for recruitment in the Indian Army here on Sunday.

"I have cleared all the physical and medical test, if I pass the written test, I will join the army and do something for my country. I urge others in the state to do the same and contribute to the country," said Asif Ahmed Naik, an army aspirant who took the test.

Around 957 youngsters, who have already cleared their physical and medical tests, appeared for written tests here, today.

"We all want to join the Indian army. I will be willing to work anywhere in the country even if I am posted in Kashmir, where there is conflict. I want to tell the other youth to do something as well and be productive. Even if you can't get into the army, there are many other things to do," said another army aspirant, Sumit.