India   All India  28 Feb 2019  Must respect sovereignty, territorial integrity of all nations: China to Pak
India, All India

Must respect sovereignty, territorial integrity of all nations: China to Pak

The conversation took place against the backdrop of Pakistan violating Indian airspace on Wednesday morning. 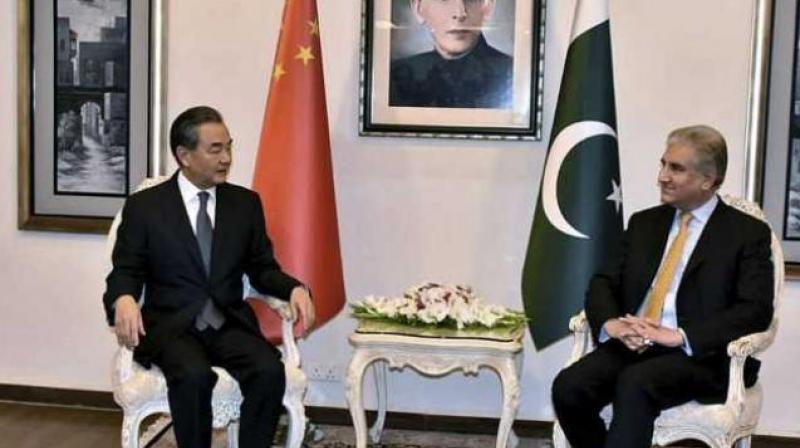 Mumbai: Amid India-Pakistan tension, Chinese foreign minister, Wang Yi told his Pakistani counterpart, Shah Mahmood Qureshi that the sovereignty and territorial integrity of all countries should be respected.

Responding to an “urgent” late night phone call from Qureshi, Wang “…stressed that the sovereignty and territorial integrity of all countries should be respected,” China’s foreign ministry said in a statement in Chinese.

“…China is unwilling to see acts that violate the norms of international relations,” statement added.

The conversation between the two nations took place against the backdrop of Pakistan violating Indian airspace on Wednesday morning.

India has described the violation as an unsuccessful attempt to target military installations. The Indian Air force foiled the attempt and shot down a Pak F-16. One Indian fighter jet, a MiG 21 Bison, was also shot down. The IAF pilot is in custody of Pakistani authorities.

On February 26, India had carried out aerial strikes on Jaish-e-Mohammed terror camp across the Line of Control in Balakot.

After the meet, in a joint statement, the three nations strongly condemned terrorism and “stressed that terrorist groups cannot be supported and used in political and geopolitical goals”.

Swaraj made a strong pitch for concerted international efforts to combat terror raising the Pulwama attack during meetings with her Russian and Chinese counterparts.

During the phone conversation with Wang on Wednesday night, Qureshi said he hoped that “…China would continue to play a constructive role in easing the current tension,” the MFA statement said.