Sena has said that it Pak has 'an incorrigible habit of demeaning our country, no matter how dignified treatment we give them.' 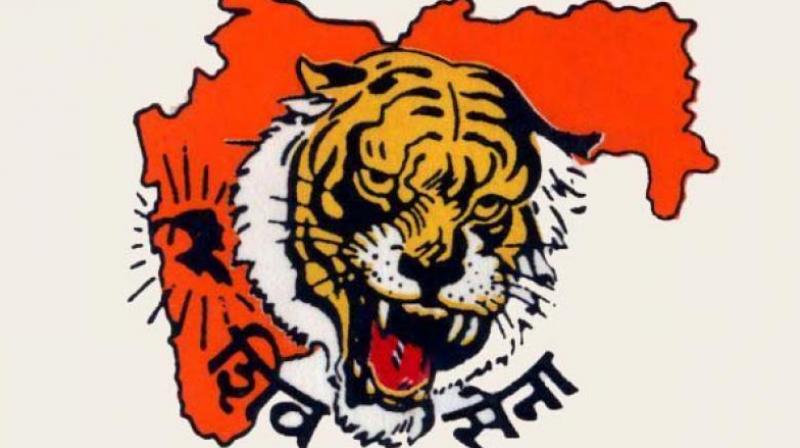 Shiv Sena strongly condemned the fact that Jadhav's mother and wife were not allowed to speak to him in their native language Marathi. (Photo: File)

Mumbai: The Shiv Sena has rebuked the Pakistan Government over the circumstances in which former Indian Navy officer Kulbhushan Jadhav was made to meet with his mother and wife in Islamabad.

In its mouthpiece, 'Saamna', the party has said, "Pakistan has an incorrigible habit of demeaning our country. No matter how dignified treatment we give them here, they will always possess hatred against India."

"The reality came in front the way they had arranged the meeting between Kulbhushan Jadhav and his family. They were sitting in front of each other, but could not hug because of the glass barrier."

The party added that Jadhav's wife and mother were told to remove mangal sutra, bangles and bindi and were even asked to change the attire.

Read: No coercion, Jadhav's wife's shoes had 'something' inside: Pak

"The family was not allowed to speak in their native language, Marathi, as well. Guests are not welcomed in Pakistan and this they have proved vehemently. Through this meet, Pakistan also made it clear that it stands as a cheat on the international platform," the article read.

The party further said a video conference meet could have been arranged for the family instead of humiliating them in this way.

"India has to come out strongly in this context. Only verbal and paper threats are not going to do any good. Strict action has to be taken in order to show Pakistan its place," the article concluded.

After the meeting, Jadhav's mother and wife were even harassed in heavily guarded foreign ministry office in Islamabad.

The Ministry of External Affairs (MEA) said on Tuesday that Pakistan had disregarded the cultural and religious sensibilities of Jadhav's mother and wife, who were asked to remove various articles, citing it as a security measure.

Jadhav is on a death row in Pakistan over charges of terrorism and spying for India's intelligence agency- Research and Analysis Wing (RAW).

On May 18, 2017, the International Court of Justice stayed the hanging, after India approached it against the death sentence.