India   All India  27 Aug 2019  Vivekananda’s special friendship with the Maharaja of Khetri
India, All India

Vivekananda’s special friendship with the Maharaja of Khetri 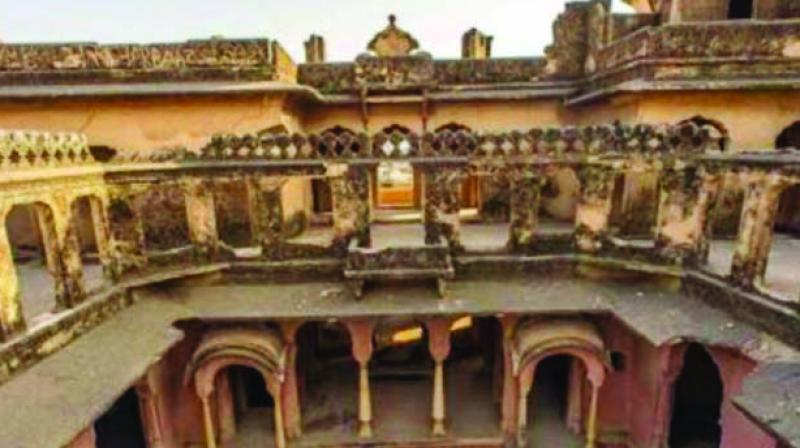 This is about the unique friendship that developed between Maharaja Ajit Singh Bahadur, the ruler of the Shekhawat dynasty of the princely state of Khetri in Rajputana and Narendra Dutta, a monk who went by the name of Swami Bibidishanand. Narendra, a bhakt of Sri Ramakrishna, had set out from Belur, as a wandering monk in 1888. His travels were just like other monks, “without a fixed abode, without ties, independent and like strangers wherever they go”. His sole possessions were a “kamandalu” (a water pot), a staff and his two favourite books, the Bhagavad Gita and The Imitation of Christ. Ajit Singh Bahadur became his disciple and it was at his suggestion that Narendra agreed to change his name to Swami Vivekananda and to don the saffron robe and turban, which became his trademark attire. 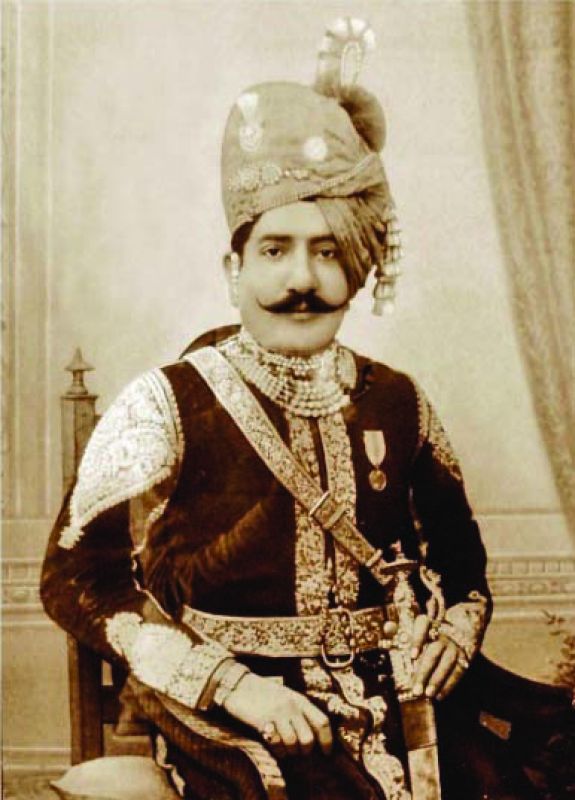 But where is Khetri you might ask? The erstwhile princely state of Khetri lies about 170 km southwest of Delhi and 150 km northeast of Jaipur and is part of Rajasthan’s Jhunjhunu district known for its copper mines. Not many would have heard of it and though picturesque with a fort, whose walls snake across hills, it is unlike other states of Rajasthan that are full of legends of Rajput valour. Its history is part fable and part folklore — made more exciting for the world with the discovery of a bunch of letters written in English by none other than Swami Vivekananda.

Khetri’s Maharaja Ajit Singh Bahadur, the eighth king of the state of Khetri, succeeded Raja Fateh Singh in 1870. Born on October 16, 1861, his father was Chattu Singh, a Thakur of Alsisar. In his childhood, he was adopted by Fateh Singh, who had no son. At the time Ajit Singh met Narendra, he had been on the throne for 21 years.

Strangely, Narendra is said to have met Ajit Singh only thrice in his lifetime — in 1891, 1893 and 1897 — and yet developed a very close bond with him. During his period as a wandering monk, it was at Mount Abu that he first met Ajit Singh at his summer getaway, Khetri House. Narendra and Ajit made what is said to have been his longest stay with Ajit Singh, who persuaded him to stay on during the hot weather. Narendra’s stay was almost for months, from June 4 to October 27, 1891, resulting in a lifetime of friendship. It was during this visit that Ajit Singh suggested that he should wear a turban as a protection from the hot winds of Rajasthan and showed him how to tie the turban in the Rajasthani style. Narendra was a quick learner and adopted the turban as his permanent headgear. 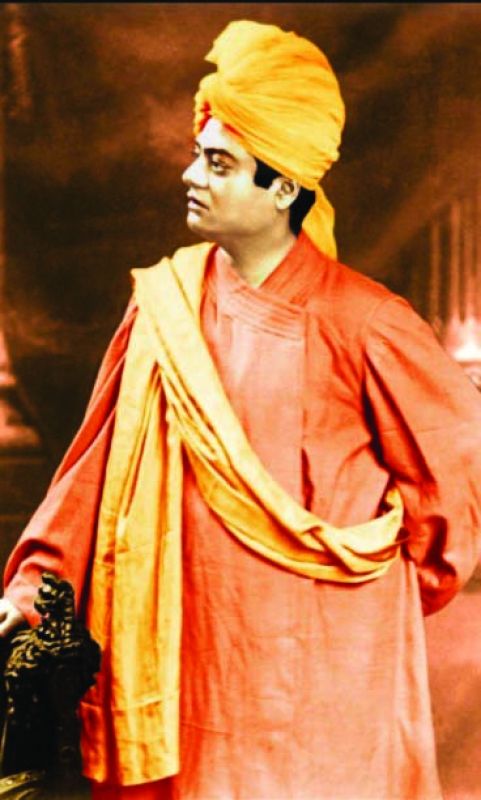 Having become a close friend and a staunch disciple, Ajit Singh was also the person to whom Narendra turned for help whenever the need arose. Letters written by Swami Vivekanand mention his plans and difficulties, clearly showing his dependence and faith in his friend. In a letter to Ajit Singh dated November 22, 1898, Vivekananda writes, “I have not the least shame in opening my mind to you and that I consider you as my only friend in this life”.

Ajit Singh persuaded and provided financial help so that his friend Narendra could attend and participate in the Parliament of the World’s Religions in Chicago in 1893. Narendra left Bombay for Chicago on May 31, 1893, with a new name suggested by his friend. Henceforth, he would be known as “Vivekananda”! It was indeed a perfect name for Narendra — Vivekananda meant “the bliss of discerning wisdom” — in Sanskrit it is a combination of viveka (wisdom) and ananda (bliss).

Knowing his friend’s financial situation, from 1891 Ajit Singh began to send a monthly stipend of `100 to Vivekananda’s family in Kolkata. On December 1, 1898, Vivekananda wrote a letter to Ajit Singh from Belur in which he requested him to make this donation permanent so that even after Vivekananda’s death, his mother (Bhuvaneswari Devi, 1841—1911) would receive financial assistance on a regular basis. The letter archive of Khetri reveals that he communicated frequently with the family members in Vivekananda’s absence. The state of Khetri and its amicable ruler were highly respected in Rajputana. Despite its small area, it had a splendid fort, interesting architectural structures and was considered one of the most advanced and progressive states of Rajasthan at the time. In 1897, Ajit Singh went to England after receiving an invitation to attend Queen Victoria’s diamond jubilee.

In 1999, the district administration of Jhunjhunu discovered a bunch of 106-year-old letters written by Swami Vivekananda to the then ruler of Khetri. These rare letters were found purely by chance in the record room of its sub-divisional officer. The village patwari, whose job it is to maintain land records, brought these old letters to Ram Niwas Mehta, the sub-divisional officer who went through them meticulously and was surprised and elated to know that they were written by none other than Swami Vivekananda. These were letters written between the months of February and December in the year 1893. All the letters penned by Swami Vivekananda were handwritten in English. Some of these can be seen at the Khetri Museum, while some others have become the prized possessions of the Ramakrishna Mission at Belur in West Bengal.

As the nation paid homage to Swami Vivekananda on the occasion of the 125th year of his historic address at the World Parliament of Religions in Chicago, the people of Khetri in the Jhunjhunu district had their own reasons for celebrations — as Vivekananda had also founded a Ramakrishna Mission at Khetri. The Ramakrishna Math and Ramakrishna Mission founded by Swami Vivekananda continue to follow his words that have over the years, spread across the world. Pilgrims from all over the world make it a point to visit Belur Math, the backdrop of this Indian philosopher, who remains a key figure in the introduction of Vedanta and Yoga to the Western world.