India   All India  27 Jul 2018  Will raise visa issue with US, says Sushma Swaraj
India, All India

Will raise visa issue with US, says Sushma Swaraj

Sushma Swaraj said there has not been any reduction in the number of H-1B visas to Indians so far. 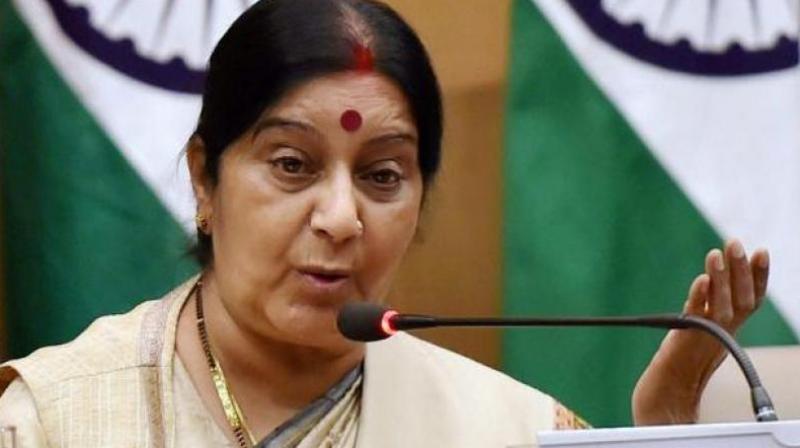 New Delhi: Expressing concern over the tightening of the visa regime in the United States following President Donald Trump’s ‘Buy American, Hire American’ policy, the government on Thursday  said it would effectively raise the issue at the “2 plus 2 dialogue” to be held here in September.

Replying to supplementaries during Question Hour in Rajya Sabha, external affairs minister Sushma Swaraj said there has not been any reduction in the number of H-1B visas to Indians so far, as “no significant changes” in the visa regime have taken place yet. Responding to queries from members she said the government has taken up the issue with the US authorities at various bilateral meetings and fora and also raised it with several US Congressmen.

“This is an issue of concern not just for the government and the opposition, but the entire House and the nation shares this concern,” said the minister, adding that “the danger is looming large” as the strengthening of the US visa regime could lead to reduction in the number of H1-B visas and the rules may become stricter.

Ms Swaraj said to ensure that this does not happen, the government is making efforts and talking to the White House, the State Administration and the Congressmen. “I assure you that (in) the ‘2 plus 2 dialogue, which is to be held in Delhi on September, we will certainly and forcefully raise this issue during that too,” she said.