Rohan Todkar sustained multiple injuries on his head, hands and legs during the violence at Kopar Khairane on Wednesday. 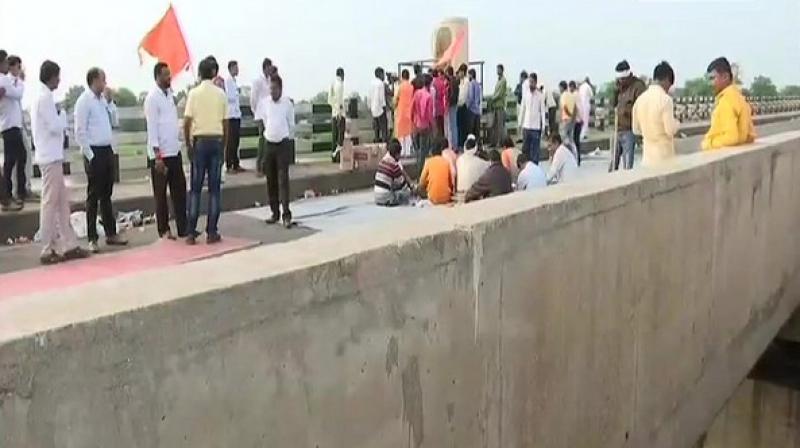 Around 20 policemen, including eight officers, were injured in stone-pelting by protesters at Kopar Khairane and Kalamboli in Navi Mumbai on Wednesday. (Photo: File/ANI)

Mumbai: A protester, who was injured in the violence during the Maratha quota stir in adjoining Navi Mumbai, has succumbed to his injuries at the government-run JJ Hospital here.

Hospital Dean Dr Mukund Tayade told PTI that 25-year-old Rohan Todkar had sustained multiple injuries on his head, hands and legs during the violence at Kopar Khairane on Wednesday.

He was shifted to J J Hospital on Thursday and was kept in the intensive care unit, but succumbed to his injuries, Tayade said.

Around 20 policemen, including eight officers, were injured in stone-pelting by protesters at Kopar Khairane and Kalamboli in Navi Mumbai on Wednesday during the bandh called by Maratha organisations to demand quota for the community in government jobs and education.

Over 150 vehicles, including 20 belonging to police, were damaged in the violence. Nine persons were injured when police caned protesters and fired pellets and rubber bullets on the violent mob, police had said.

Internet services were suspended in Navi Mumbai as a precautionary measure on Thursday.

Marathas, a politically influential community that constitutes around 30 per cent of the state's population, have been demanding 16 per cent reservation.

The community had earlier taken out silent marches across the state to highlight their demands, prominent among them being that of reservation.

The agitation, however, turned violent after a 27-year-old protester jumped to his death in Godavari river near Aurangabad on July 23.